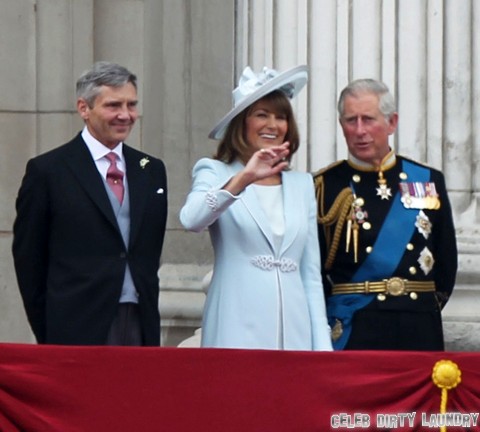 NEVER bite the hand that feeds you. It’ll bite back. Clearly, the Middletons have forgotten this little life lessson. Carole Middleton felt a chill down her spine while relaxing like a royal on the exclusive Caribbean island of Mustique this week when she got wind that her younger brother, Gary Goldsmith, is writing a tell-all book.

Yep, that’s right. Kate Middleton’s Uncle Gary is threatening to write a tell-all book about his entire sleazy life – which, naturally, is peppered with sleazy stories about Kate and the entire Middleton clan – if he doesn’t get invited back into the royal fold. He got frozen out when the world found out he sells cocaine and high-class prostitutes. Kate, of course, already knew all of Uncle G’s dirty little secrets and couldn’t have cared less – she and hubby Prince William have even partied with him plenty at his “La Maison de Bang Bang” villa in Ibiza. But they did publicly distance themselves from him once the scandal hit – so did the rest of the Middleton cult. And Gary got pissed.

Sure, he snagged an invite to the Royal Wedding, but that’s all. He’s never asked to join any of the Middleton family holidays: No Christmas with Willy and the Midds in their new £5 million manor home. No mid-winter break in Mustique for Uncle Gaz. 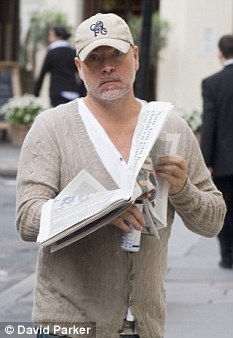 Is Uncle G upset that no one showed up to witness his marriage to his fourth wife last summer? Or that they’ve likely already scheduled unbreakable plans to coincide with date of the big bash next year to celebrate it properly? Maybe he’s found out he’s not on the invite list for the Royal Christening?

Gaz helped the Midds climb the social ladder. He invested in Kate’s quest to the throne, sparing no expense for things like hosting Will at his Ibiza villa and hiring a yacht to keep Baldy entertained. He’s also supported nephew James Middleton, funneling money into the kid’s silly “cupcake-porn” business and buying him a sports car. He’s bankrolled that family’s royal lifestyle. And the Midds had no problem using him. But now they consider him too scandalous and low class to associate with. They are simply too posh for “Gary Goldtaps.” 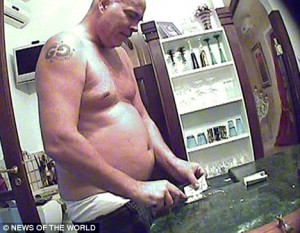 It’s clear blood is not thicker than water with the Midds. Carole will toss anyone out the window, even her last living blood relation, if she thinks her association with them poses a threat to her social status.

Personally, I’m rooting for Uncle G. Bring down the Cult of Middleton! I hope he makes them pay. Someone needs to take down these arrogant, egotistical, social climbing bunch of snobs. And who better than Uncle Goldsmith? He does know their deepest, darkest secrets and just how exactly they got to where they are…

Get writing, Gary! I’m already queueing up for your book.