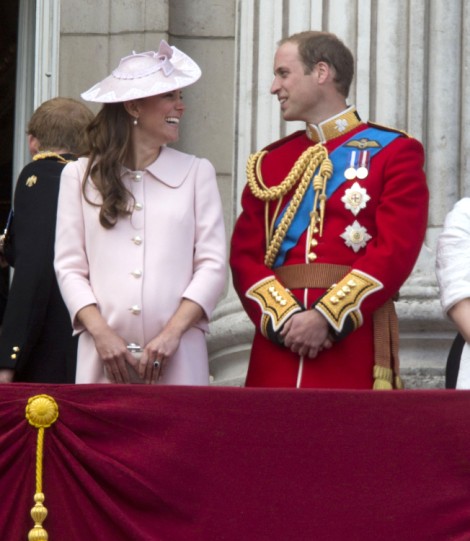 Kate Middleton’s baby is due in less than six weeks but that still isn’t stopping her haters from having a field day over her less-than-stellar employment background. During a speech to delegates, Dave Prentis, the head of the UK’s biggest worker’s union, made a little joke at the Duchess of Cambridge’s expense and the royal family is not amused. In an argument against cuts to welfare he said, “In the tabloid press, so much is written about benefits abuses – young women having babies to get state hand-outs. But conference, that’s enough on Kate Middleton.”

I’m afraid this is never going to end for Kate. So much has been made over how image-conscious and media control-hungry the Cambridges are but they really screwed something up nice and early. Prince William should have made her ass get a proper job – especially when he knew he was finally going to marry her. That was around 2008-ish I think. I doubt they knew she was going to get mocked for the rest of her life for having a college degree and no real profession other than as William’s waity girlfriend but it’s not like she wasn’t getting ridiculed at the time.

But it’s too late now. The damage has already been done. But it’s not like she hasn’t done her damnedest to shake hands and wave at babies over the last two months. Kate’s been a workhorse! Haha, let’s see how much of a workhorse she is after that baby comes. I have a feeling that baby is buying her a lot of off time.

What do you think of the Kate Middleton/welfare comments? Is it fair or did she bring it on herself?