Kate Middleton’s Critics Call Her A ‘Plastic Princess Made For Breeding’ Do You Agree? 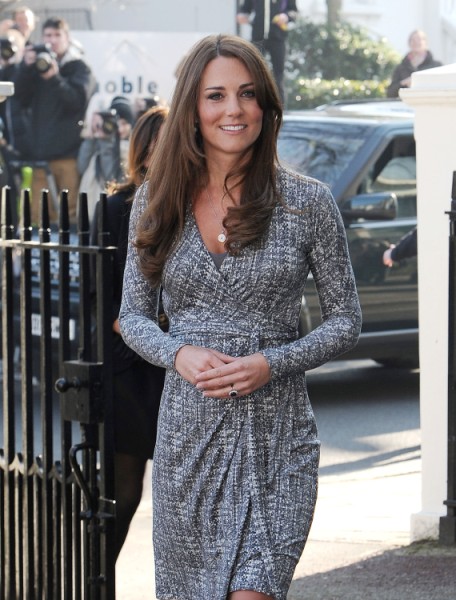 Why does everyone keep stealing Kate Middleton’s baby bump thunder? First it was the bikini photos in Mustique and now it’s author Hilary Mantel.

Just as Kate was putting her two-piece away for the rest of her pregnancy (ya, right) and getting back to work, Mantel had to come out and call her a drastically thin , shop window mannequin with a plastic smile. Tell us what you really think!

Oh, it gets better. The award winning author also said Kate was as “painfully thin as anyone could wish, without quirks, without oddities, without the risk of the emergence of character…. Presumably Kate was designed to breed in some manners….She looks like a nicely brought up young lady, with ‘please’ and ‘thank you’ part of her vocabulary.”

Apparently Mantel is a huge fan of Princess Diana and Anne Boleyn. Both women had lively personalities and characters but tragically died young.

Should Mantel have made those comments? Probably not. They are rather hurtful and serve no purpose other than to gain attention for herself. Fine. But I can understand how a woman who idolizes Boleyn and Anne would call Kate Middleton plastic. She really is on the outside. She’s not going to be that girl who steps out of line. She’s had too many years of practice and knows better. People forget that Diana was barely out of her teens before she entered royal life so she was prone to making youthful, endearing spectacles. We loved it because, for the most part, it was adorable and real. Kate may be a commoner but she’s lived the life of a princess under the radar for the past ten years. Her realness does feel like it’s been coached out.

I’m not defending Mantel. I’m just saying I get where she’s coming from. I still have hopes that Kate will grow out this quest for perfection and settle down and be herself. But I’m not even sure who that is. Maybe this proper, size 0 is the real Kate. When she works she does the job well enough. She’s not necessarily exciting or fun but she is perfunctory. Is that such a bad thing for a Queen in waiting? Prince William doesn’t seem to think so. Why should we?

Side note: What do you think of Kate’s MaxMara wrap dress? I love it. It’s perfect for a growing belly. But what is up with the hips? Kate’s shoulders are still so much wider! It just bugs me.