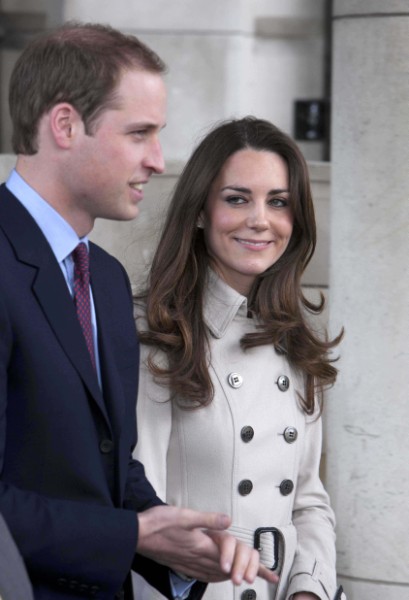 The Duchess of Cambridge may be celebrating her 31st birthday privately and quietly at home but things don’t look to be going down so calmly in Northern Ireland. Kate Middleton’s birthday is being marked in Belfast today with a raised Union flag. The flag is being flown outside Belfast City Hall for the first time since a new decision to only fly it on designated days during the year came into effect. The City’s decision to only raise the flag 18 times throughout the year has incited protests and riots from loyalists who want it out front and center every day.

There was violence for a sixth consecutive day yesterday and many are wondering if Kate’s birthday will quell the issue in Northern Ireland or aggravate more attacks on police involving gas combs and fireworks. The discord has cost the city around $7 million so far.

I’m a little surprised the city chose Kate Middleton’s birthday as a day to raise the flag. I suppose they do it for all the major royal players?  Perhaps the city believes Kate’s magic touch will bring an end to all the madness. Since the protesters are unionists, I’d assume they’d take a break from the rioting on a day the flag was actually up so Kate’s birthday just might do the trick. I can see the headlines now – “Kate Middleton Brings Peace to Northern Ireland!” She gets a lot of credit for things I’ve realized. Have you read the stories about Kate’s magnanimous gesture to donate baby gifts to the East Anglia Children’s Hospice to raise money for an auction? All the headlines have been so ridiculous. Sick Kate Still Finds Time For Charity! Is she still even sick? Was it really such an amazing charitable thing to do? People donate items all the time and sometimes they even show up to present them. I’m sorry if I’m a little anti-Kate on her birthday. I’m honestly not meaning to be. But she has two jobs in life – baby making and charity. Let’s make her work for that applause.