Prince William Spoiling Kate Middleton On Her Birthday, Too Much Or Why Not? 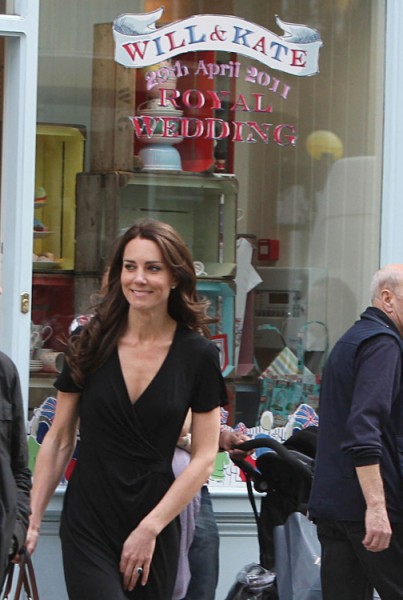 Kate Middleton’s birthday is next week and the tabloids are running wild on what Prince William has in store for his baby mama. Apparently after the tough year she’s had with the boob flashing, suicides and morning sickness, William is keen to make this birthday her most special yet! I’m annoyed already.

Anyway, according to Look magazine, William is gathering some country estates and is planning to let her take her pick. Apparently the royal couple have been discussing buying a country home away from London. I’m assuming they won’t be going back to the Anglesea cottage once the move to Kensington takes place. You bet your ass Kate’s making sure that’s not in the cards. Let’s see how long it takes her to go back to Wales after that move is complete. I’m guessing it will be very long and very happy years for the DoC.

At first I looked at this gift as another way for William to shy away from being around people when he was off royal duty but then I realized it isn’t a major deal for these people to have their country homes. The Queen loves Sandringham. Prince Charles and Camilla stay at Highgrove in Gloucestershire and now William is looking for his little retreat. If we believe Look then he’s been searching in Hampshire and Buckinghamshire. I have no idea exactly where those places are in relation to Charles’ pad but it’s not too close. I’m sure William and Kate want their space after recent events. Besides, it’s not like Kensington’s theirs. They have a huge apartment but they have to share it with Harry and loads of others. Their country place will be their legitimate house where Kate can run everything as she likes. I’m not saying Harry won’t have a room. You know his lazy ass will claim a space but it will be more relaxing nevertheless for the Cambridges and that’s a pretty great gift.

Also to note – both areas William is looking into are withing 45 minutes of Kate’s parents’ new home whereas they are about 1 1/2 to 2 hours away from Charles and Camilla. Just saying…. People think Camilla’s going to have more of an influence over this baby than Carole Middleton? Please.