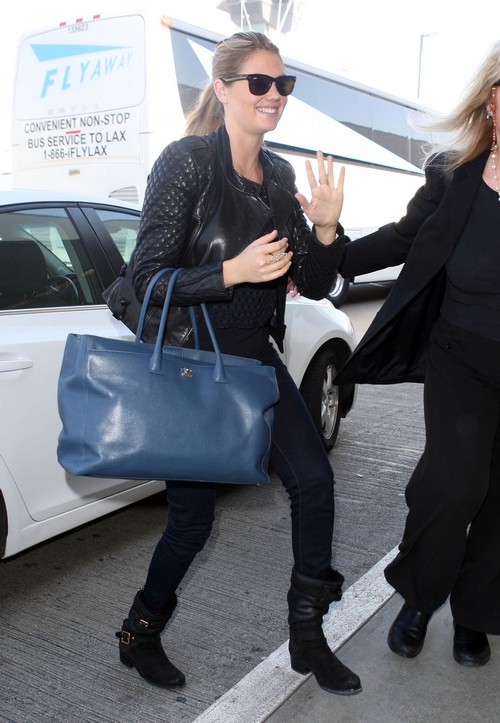 Have Kate Upton and Maksim Chmerkovskiy already hit a rough patch in their relationship? The couple only started seriously dating a few months back, but if the reports are to be believed, their relationship might not last that much longer.

A source tells Radar Online, “Maks has been telling friends that he is no longer bringing Kate to a wedding that they were both scheduled to attend together.”

The couple were first rumored to be ‘hooking up‘ during the summer, and the first official sighting of them together was in September. The last time they were seen together was in late October, almost two months after they had gone public with their relationship. There were all sorts of rumors about how serious the duo was getting, and how they were going to introduce each other to their families, etc. Alas, this is probably why it’s not the best idea to make such serious plans in advance, especially if you’re in one half of a celebrity relationship.

Kate was also spotted sitting with a ‘mystery man’ at a New York Knicks game at Madison Square Garden last Saturday, which sparked rumors that she and Maksim might have broken things off. The source also adds, “Maks isn’t saying anything bad about her, but it’s a very telling development that she’s no longer accompanying him to the wedding.”

Because this source seems very close to Maksim, calling him ‘Maks’, it seems like the report is coming from his side more than Kate’s. Maybe Maksim is bitter about their relationship, or maybe Kate was the one who pulled away? Maybe he wanted to get the jump on the media, and make it look like he was the one who called off the relationship instead of the other way around?