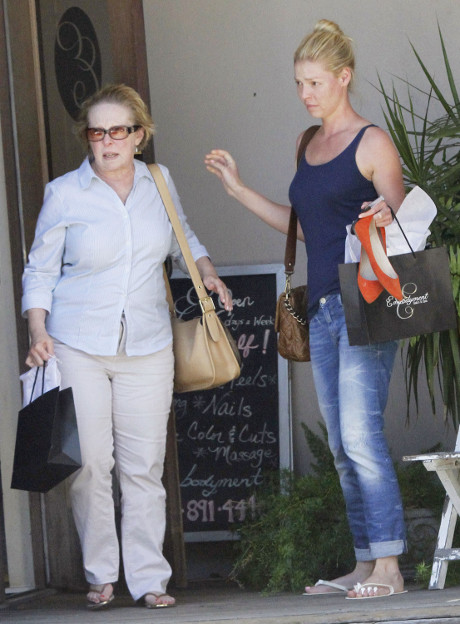 Katherine Heigl’s diva antics are already pretty legendary by Hollywood’s standards. Her reputation on the set of Grey’s Anatomy was horrendous and although the actress left the show expecting to have a fabulous film career what she instead found was that a number of producers and directors were refusing to work with her. Heigl tried for awhile to blame her manager mother, Nancy for all of the bad behavior. It was supposedly her meltdown’s and demands that were costing Heigl her career. We maybe could have believed a little bit of that but unfortunately when the actress does show up on set she leaves a trail of wreckage behind her.

According to the Dec. 16th print edition of National Enquirer Heigl’s currently filming Jenny’s Wedding and the cast and crew can’t stand her because she is just flat out nasty. Also Heigl is apparently one of those chicks that you can’t make eye contact with or address by first name without her freaking out. It’s so bad that the production crew has actively looked for ways to get even with her. One of those ways is to doctor Heigl’s coffee. Of course she demands a sugar substitute and low fat everything but what she gets is as many calories poured into each cup as they can manage. Gotta wonder if the diva has noticed that her coffee tastes a bit better while at work!

It’s almost cool to hear about people doing little things to sabotage Heigl, isn’t it? No one likes to deal with a round the clock bitch and maybe someday the actress will actually learn that kindness will only help her career in the long run. Do you think that reality check will sink in any time soon or will we be hearing horror stories for years to come? Tell us your thoughts in the comments below!