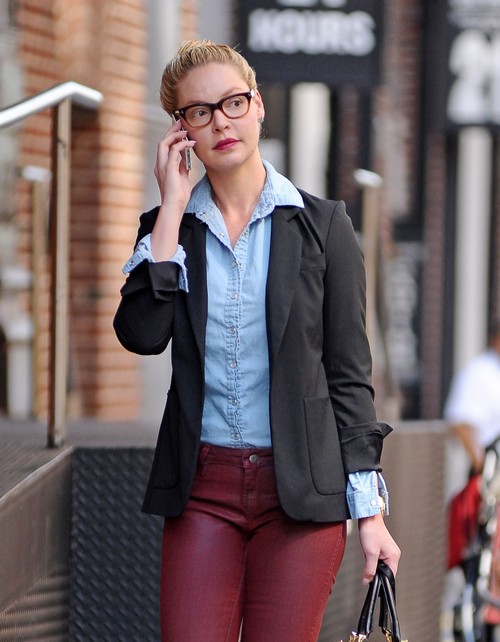 Katherine Heigl might be one of the most disliked women behind-the-scenes in Hollywood, but this latest report from the National Enquirer is taking it one step further. They claim that Katherine inspired such vitriol in the crew [while filming a movie called Jenny’s Wedding] that they have started attacking her with sugar and cream. Um, ok? I feel like the crew is used to diva behavior on a regular basis, and I’m sure they could come up with more creative ways to ‘attack’ Heigl if they wanted to.

Nevertheless, let us soldier on with the Enquirer’s report. A source tells the Enquirer, “Katherine’s been extremely unfriendly to all the crew and production assistants, barking orders and treating them like servants. There’s never a ‘please’ or ‘thank you,’ and God forbid you address her by her first name or make eye contact!”

So to get back at her, the crew has apparently started messing with her coffee. The source adds, “Whenever she demands coffee, instead of using the sugar substitute and nonfat creamer that she orders, they’re putting her under a secret fat attack by giving her real sugar and cream!”

You know, stories of Heigl’s behavior on sets are legendary, and the part about her acting like a diva aren’t surprising. But that being said, the rest of the report is straight ripped off from Mean Girls. Come on, Enquirer. Get more creative, already.

What do you guys think? If Katherine Heigl was acting like a diva [and you’d think she would have learned her lesson by now], do you think the crew would have retaliated with a secret ‘fat attack’? Let us know your thoughts in the comments.