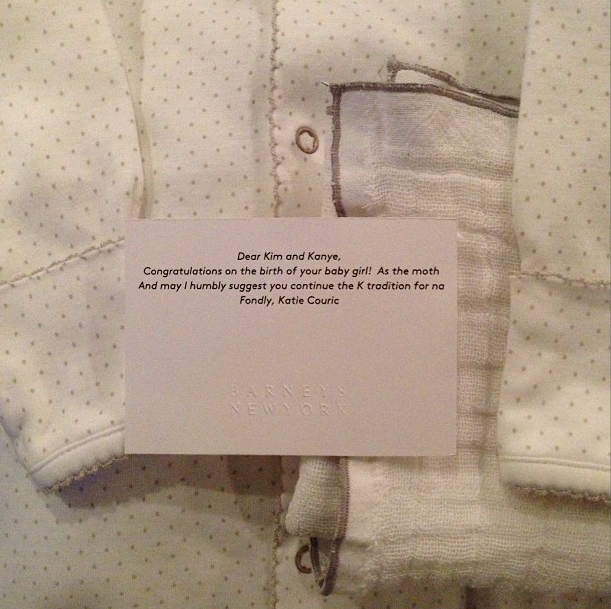 Well, you can’t say that Katie Couric doesn’t try her very best to suck up to every celebrity on the planet, including reality stars who don’t deserve it. After dissing the Kardashians by saying that she didn’t understand why they were famous,Katie has now backtracked after Kim Kardashian called her out on her hypocrisy.

Kim posted an Instagram picture earlier today of a gift card that she received from Couric, and underneath she called Couric a backstabbing b****. Well, she didn’t exactly put it in those words, but that was pretty much the gist of the message.

But now Couric’s responded to Kim and apologized, instead of sticking up for herself. She told E! Online, “I’ve met Kim before and I think she’s a really sweet person. I was responding to a reporter’s question, and explaining how I’m intrigued by the public’s fascination with her family. I didn’t mean to hurt her feelings. The gift is genuine, and I’m happy for Kim and Kanye.”

Well, what Couric should have done was stick by her guns, and say that she didn’t understand why Kim was so pissed off. Why are the Kardashians famous? It was a legitimate question that Couric was asking, and while I understand why Kim was pissed off [she and her family are delusional about their jobs], I don’t see why Couric needed to release a public statement about it. She’s basically sucking up to the Kardashians, which is really sad when you think of her accomplishments versus the Kardashians’ accomplishments.

What do you guys think? Should Katie Couric have released a public statement or left it alone? Let us know your thoughts in the comments.