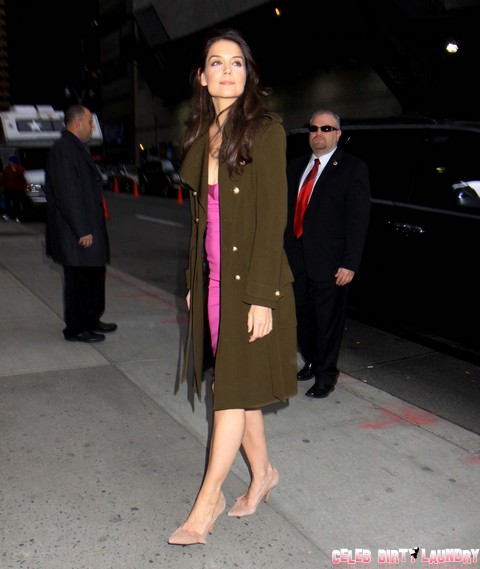 There have been mixed reports about Katie Holmes’ love life ever since her split from husband Tom Cruise last summer. The mom is raising Suri Cruise in New York City, but is making time for herself too. She landed a gig on Broadway in a show called Dead Accounts, and now she’s landed the perfect guy! A new report claims that Katie is having a secret romance with Jake Gyllenhaal!

“All eyes will be out for a first sighting of Katie Holmes and Jake Gyllenhaal in 2013 after it was claimed the pair are secretly dating,” UK Grazia reported. Apparently, the couple were “introduced by Katie’s former ‘Dawson Creek’ flame Joshua Jackson. Josh has been the mastermind behind this romance.” It’s about time Katie pick her romantic life up and start living! She’s young and beautiful (and possibly a manipulative gold digger who planned their whole marriage, all with a sweet smile that barely covers her conniving mind), and she deserves love and happiness.

Apparently, her friends “allege the former Mrs. Cruise has been slinking over to Jake’s West Village apartment in New York for dinners.” No tabloid pictures have surfaced of the two, but perhaps they’re just in super stealth mode? Or the dates could be in his apartment? Sounds like something Katie would like: a quite night in, free from the paparazzi and her security team.

It sounds like Katie is totally smitten, as the insider reports, “Katie says that they have tons in common and Jake has already been to see her [on Broadway], plus she has been over to his apartment in the West Village for dinner.” You know, that’s a lot of time away from Suri. I mean, she’s in school till about three, right? But mom is working nights on Broadway, plus dating? We’re glad to hear Katie is moving on and showing Tom what he’s missing, but don’t leave Suri behind! Though, now that I think about it, Jake is great with kids—remember when he dated Taylor Swift? Do you think Katie and Jake will be a big couple in 2013, or will their little love affair dry up before spring hits?

UPDATE: Sources close to Jake have informed us that the UK Grazia story linking Jake to Katie Holmes is a lie, a total fabrication, and without a shred of truth! 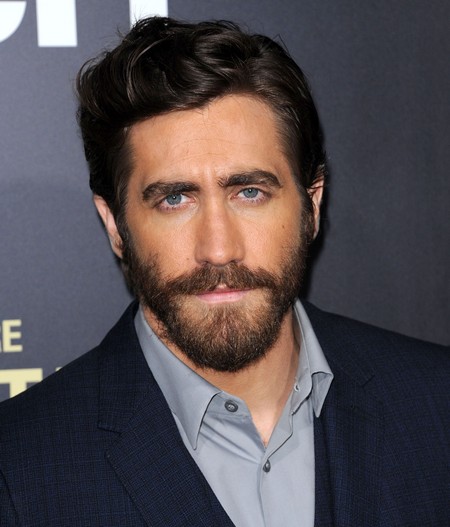