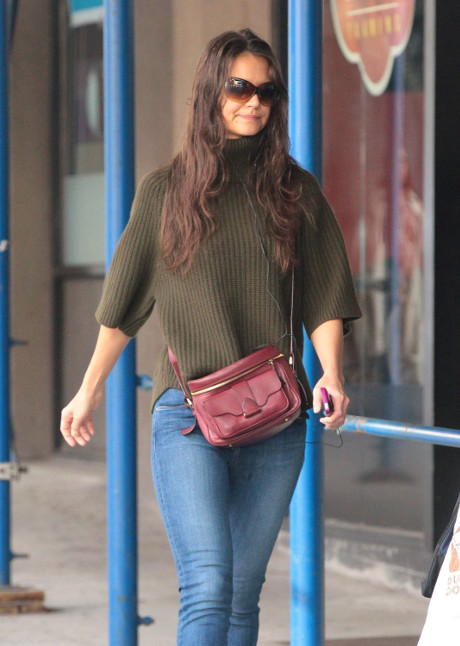 We called it a while back, but now it seems others are finally stepping out to confirm what we knew to be true all along: Katie Holmes and Jamie Foxx are in a relationship. An insider for In Touch reveals that the couple has been hooking up for a while now, though they’ve been doing everything in their power to keep the romance as “undercover” as possible — a bit tricky in Hollywood, so we applaud them.

“Katie and Jamie have been dating for a while. They’re very Mission: Impossible about their romance.” A second source confirmed the news by saying that Jamie’s driver had pulled up to a hotel one morning expecting to chauffeur Jamie to the set of Annie; however, it wasn’t Jamie who stepped into the limo but Katie! Apparently, Katie had spent the night with Jamie and he said she could use his car to get home. Aw, how sweet.

“A hotel employee confirmed that Katie had stayed at the hotel with Jamie and that she was taking his car,” the second source reveals. “So the driver drove her home to her Chelsea apartment.”

Now . . . . Here’s where the potential problem lies: Jamie is great friends with Tom Cruise, Katie’s ex, and we have a feeling good ol’ Tom Cat might not be super on board with this new pairing. What do you think? Will Tom be “cool” with Jamie dating Katie?