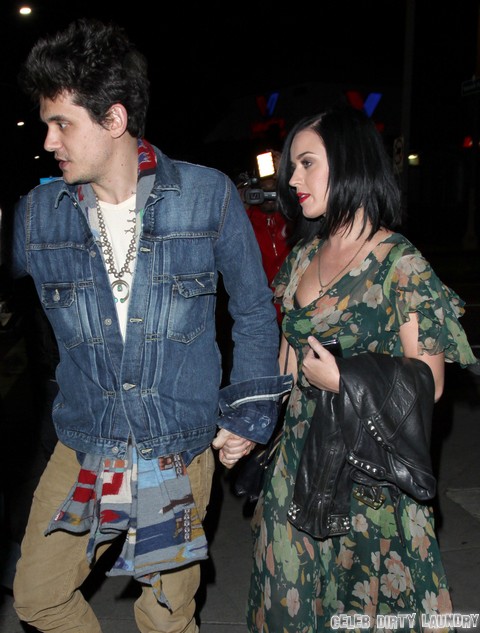 John Mayer and Katy Perry have broken up their relationship according to reports. Radar Online is reporting the couple have broken up for a third time.  This news comes only three days after a story about them being so in love hit the internet.

Life and Style’s website posted a story on March 16 about John and Katy looking very much in love while on vacation at John’s house in Bozeman, Montana. They were spotted in Livingston attending a Johnny Cash tribute band concert, looking very happy together. A source told Life and Style “Katy and John listened to the band, danced for a little while and then sat by the bar. They seemed very in love and affectionate. “

Life and Style have a quote from John gushing about Katy in February. He said “For the first time in my life I don’t feel like I’m in a celebrity relationship,” he shared. “I really don’t. I’m not in a high profile – I know it’s high profile. It’s hard to explain … For me it feels like something that’s very human.”

An article like this one from Life and Style is the kiss of death for a relationship. John and Katy’s relationship was praised too much. If you are superstitious you know that means it was doomed to fall apart.  But the third strike might not mean John is out. A source told Radar Online “She’s leaving the window open. They have both been so focused on work.”

Being apart for work is a definite relationship killer. John is starting to perform again after a three year hiatus. He has surgery for throat granuloma and then announced he would be on indefinite hiatus because he wasn’t sure if he could sing.  Katy is writing her new album.  But there is still the possibility they are just not a good match. For once there are no stories of John being acting like an insensitive, immature jerk so I’m thinking he has grown up and there may be a more legitimate reason for the break up.  However, I think the Life and Style love fest was the kiss of death.