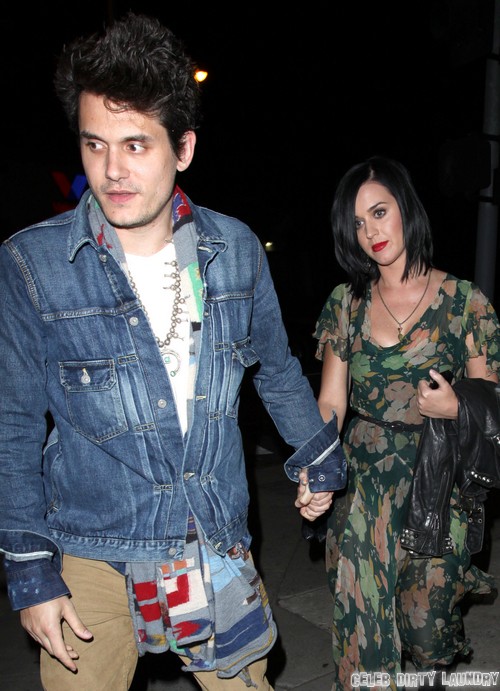 There are a lot of rumors floating around about what happened between pop singer Katy Perry and her former boyfriend John Mayer that caused them to breakup.

We were drinking the marriage koolaid when it came to these two, despite the fact that Katy hopped right into this relationship shortly after her marriage to Russell Brand went south. Still, we were holding out hope, knowing that John was just another douchebag and that Katy deserved better.

There rumors that made the rounds suggesting that the cause of their breakup was his wandering junk. Sources said that John was merely using Katy for the positive press (say it isn’t so!) and that he was banging a bunch of chicks on the side.

That brings us to this latest report that John and Katy were fighting prior to their split. Just after the twosome introduced one another to their respective families, apparently things went to the crapper. He’s been busy, as well as she — and their busy work schedules led them to call it quits.

A source close to the situation said, “They’ve broken up before so it’s hard to tell. She’s changed a lot since she’s been with him . . . [you] can’t argue that she has been in love.”

Do you think that they will get back together? Hit the comments below and let us know your thoughts!