Keeping Up With the Kardashians Recap 7/7/13: Season 8 Episode 6 “Some Moms Just Wanna Have Fun” 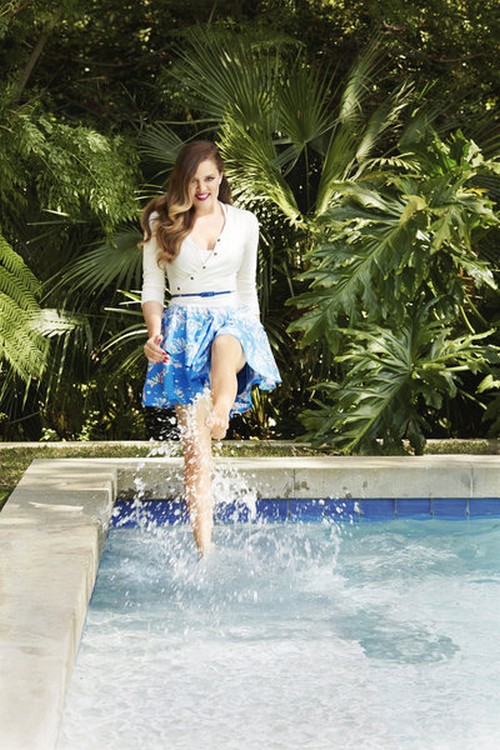 Tonight on E! KEEPING UP WITH THE KARDASHIANS continues with another new episode called, “Some Moms Just Wanna Have Fun” On tonight’s show Leah has trouble finishing her and Brandon’s new music release and Kris develops a fear of peeing in public.   Did you watch last week’s season 8 episode 5? We did and we recapped it here for you.

On last week’s show in a preview clip we saw, Rob is seen yelling at his family for leaving him stranded. He yelled, “I took a cab home because y’all are dickheads.” When they retaliate by saying that they thought he was making it up and he didn’t actually need help, he says that’s ‘f***ed up’.  Kris worries about Rob’s behavior and takes steps to help him.  Khloe tries to get to the bottom of Kendall and Kylie’s issues with each other and Scott’s fears threaten his racing career.

On tonight’s show it looks like Khloé is feeling a little left out. After showing to go out to dinner with Kim and Kourtney, she finds her sisters going through baby items instead of getting ready.  “When you guys do baby stuff, you don’t talk to me!” Khloé complains. But Kim and Kourtney brush her off, so Khloé goes out with Kris Jenner instead for a fun night.

Tonight is going to be another crazy episode that you won’t want to miss, so be sure to tune in for our live coverage of E!’s “Keeping Up With The Kardashians” tonight at 9PM EST! Meanwhile, while you wait for our recap hit the comments and let us know how excited you are about the new season of KUWTK?  If you want to check out a sneak peek and some spoilers of tonight’s episode, you can see it here.

Tonight’s episode gives us a look at Kourtney and Kim getting closer due to Kim’s pregnancy. They ended up so wrapped up in baby stuff that they forgot Khloe was on her way over to go to dinner with them. Even after she showed up and was asking them about food they were still ignoring her. Not only were they ignoring her, but it was because of baby stuff so I’m sure it didn’t sit well.

Kim is getting really close to Brandon Jenner and his girlfriend. They’ve put out an album and it’s pretty clear they’re using this show to try and further the music venture. We also are watching Kim deal with the press in this episode and actually chasing the paparazzi away.

Kris is desperate for a scripted storyline tonight and so she is obsessing about whether or not People try to listen to her when she urinates in a public restroom. Kendall and Kylie try to help her to get over the fear by posting a video of her on a toilet on their blog. Of course Kris is outwardly pissed but privately happy because it may have grabbed a headline or two!

Khloe talks to Kris about feeling like Kourtney and Kim are shutting her out and Kris suggests that Khloe should party with her. Interestingly enough, Khloe is against it because she ends up being her mother’s designated driver when they go out.

Kendall and Kylie decide to ask for their mother’s forgiveness by recording a rap song about pee. It seems to get the job done and Kris says that she can’t stay mad.

Khloe does decide to go out with Kris and after a few drinks the two decide to teepee Kim’s house. While shopping for the goods Kris is clearly trashed. She ends up covered in shaving cream and silly string. While they are outside Kim is resting inside with her friend Jonathan. He makes the sound of a crying baby and asks her what she’ll do when her kid cries. Ironically, Kim tells him that she and Kanye already have it worked out and he has agreed to do over nite diaper duty!  More proof that Kanye has spent months telling his girlfriend whatever necessary to pacify her!

As for having her house messed with, Kim is freaking out because there is shaving cream in her roses. She flips out and Khloe is tired of her sister being so uptight. She calls Khloe to complain while they are being driven home and Kris is so drunk she passes out in Khloe’s lap! The next morning Kris remembers next to nothing and has to face the wrath of both Kim and Khloe.

Tune in next week for more of Keeping Up With the Kardashians.