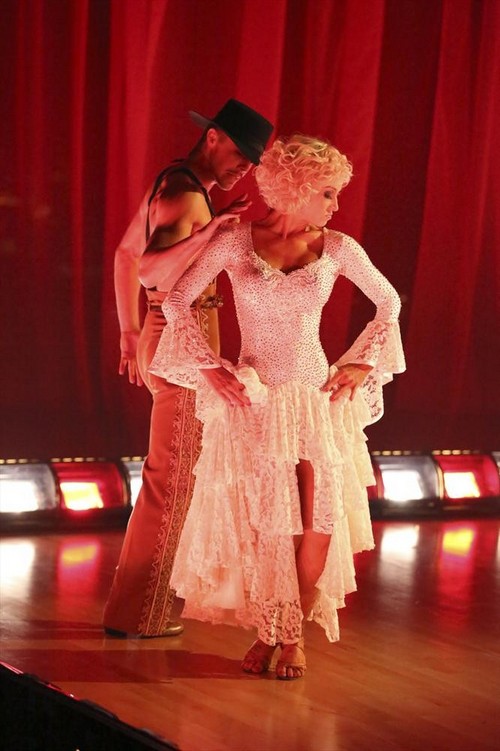 KELLIE PICKLER danced a FREESTYLE for one of her last dances to convince the judges and America that she should win season 16 of DANCING WITH THE STARS.  After 10 weeks of entertaining, stylized dancing from the remaining four couples, only one couple will be crowned “Dancing with the Stars” Champions. Tonight was their last opportunity to impress the judges and viewers.    If you missed the show, we recapped tonight’s show for you and if you want to see how all the couples did go HERE!

Judges comments: Carrie Ann: “Beautiful, Kelly you just bared your soul on the dance floor and it was one of the most beautiful things I have ever seen.”  Len: “You were totally immersed into the dance.  You drew everyone it.”  Bruno: “You did a dance of spellbound beauty, it touched everyone there.  I am sure your touched the nation with that!”

Watch the video below and let us know what you think? Do you think Kellie did enough to win DWTS? Sound out in the comments below!