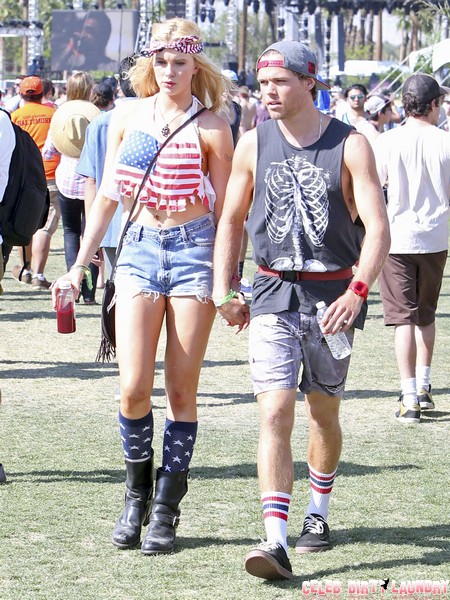 Guess what? Even up-and-coming young Hollywood hotshots have serious bouts of insecurity too! In particular, I’m talking about Kendall Jenner. For a hot minute she seemed like she was going to be the next clear cut “it” girl. Her modeling career seems to have taken off, partly because momager, Kris Jenner would have it no other way. As her older daughters take baby steps towards breaking free from the family money-making machine, Kris has made it her mission to put her youngest girls to work – a lot.

All was well until a few weeks ago when seemingly out of nowhere, Ireland Baldwin seemed to launch a self-promotion campaign of her own. Suddenly she started posting itty bitty bikini pics and sexy selfies on her Instagram and guess what? People noticed and started contemplating whether or not she’ll become a successful model or actress or whatever. This 16 year old comes from two very talented parents which gives her a definite edge over Kendall whose family is primarily famous for… being famous.

Ireland is a newly minted IMG Model that has made the whole industry take notice and Kendall is absolutely hating it. She sees Ireland as her biggest and perhaps only real competition in an already vicious industry. Kendall is said to be furious and hateful that this bonafide celeb kid has snuck in and seemingly stolen her thunder. She’s definitely slowed down some of that buzz and momentum that Kendall had been building. Interestingly enough, these girls are both very young and they are both using their bodies and near nakedness as their launch pad to personal fame and their parents seem to be just fine with it!

Sure, Kris won’t care at all, but can you believe that Alec Baldwin isn’t freaking out over his barely dressed daughter parading herself in suggestive shots all over the internet? Tell us your thoughts in the comments below!