Kendall Jenner and Julian Brooks Cheating Scandal: Why She Dumped Her Boyfriend (PHOTOS) 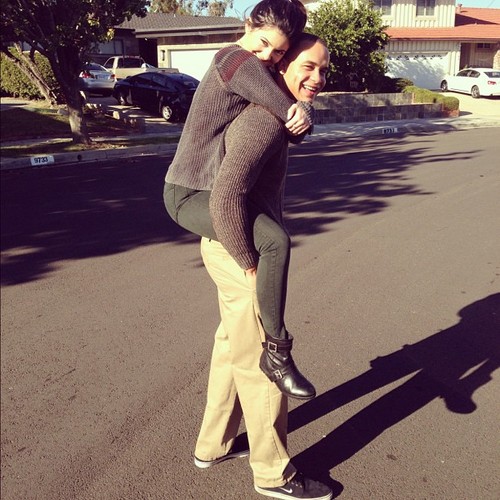 Kendall Jenner is a budding model, step-sister to those infamous Kardashian’s and also momager, Kris Jenner’s A#1 money-making prospect right now. Kendall also believed she had found love with high school sweetheart, Julian Brooks and the two were hot and heavy for over a year, until this past summer. Kris had plunked down cold, hard cash to give Kendall and her younger sister, Kylie Jenner their own party pad in Malibu and at first Julian was totally on board, sleeping over more often than not.

Then he started going missing. According to the Oct. 7th print edition of Star magazine Kendall believed that Julian was cheating on her back in August when he would completely ignore her for days on end. Supposedly Kendall’s friends got proof that Julian was creeping and she ended things for good. Perhaps Kendall is the smartest chick in her family and she has learned by her sisters’ unfortunate mistakes in love.

Kendall realized that she couldn’t trust Julian and that she would always doubt him. That doubt was something that she couldn’t live with so she ended things in spite of being heartbroken to do so. That sounds to me like Kendall may have some common sense floating around in her head and she is already wiser that her sisters when it comes to wanting only a healthy relationship! Kendall’s sisters, example Khloe Kardashian, could actually learn something from her, don’t you think?

Will Kendall and Julian gravitate back together or do you think that she is really finished with the cheater? It sounds like she is already setting the bar a whole lot higher than Kim, Khloe or Kourtney Kardashian, doesn’t it? Tell us your thoughts in the comments below!