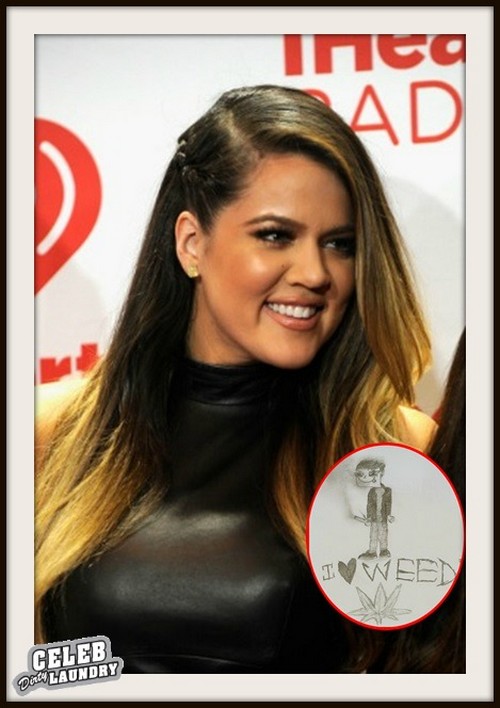 Remember back in May when Kris Jenner decided that it would be a great idea to rent a beach house in Malibu for her teen daughters to share? It gave them a nice, out of the way place to hang with their friends with no worry of any adults popping up to kill the nonstop party vibe. Months ago we were telling you about various first hand accounts of empty bottles and half smoked blunts littering the sand around the property and it’s pretty hard to imagine anyone choosing to live there full-time not developing a bit of a habit.

According to the Oct. 14th print edition of Star magazine, Kendall Jenner was indeed spotted smoking weed with both Kourtney and Khloe Kardashian, as well as wannabe brother-in-law Scott Disick. This allegedly took place at an iHeart Radio Music Festival after-party. Apparently the 17 year old’s habit isn’t exactly hidden, but instead widely accepted within the family. Rumor has it Kendall’s weed habit went from occasional to smoking on a daily basis, thanks in part to her hardcore party summer.

As for her sisters being so accepting, well that’s probably because they realize that Kendall was introduced to a wide variety of drugs in the last several months and so they might be grateful if pot is her only vice. Plus, if Kourt and Khloe smoke too then they can hardly cast stones, right? I guess maybe that’s the real question though, is it? Or does Kendall hide her hardcore drug use from her family? Do you think that weed and booze are it, or is she dabbling with more addictive drugs when she thinks that no one is paying attention? Tell us your thoughts in the comments below!