Kendall Jenner & Kylie Jenner Bring out the Claws on Each Other: Kendall Lashes out against Kylie’s Rudeness! (VIDEO) 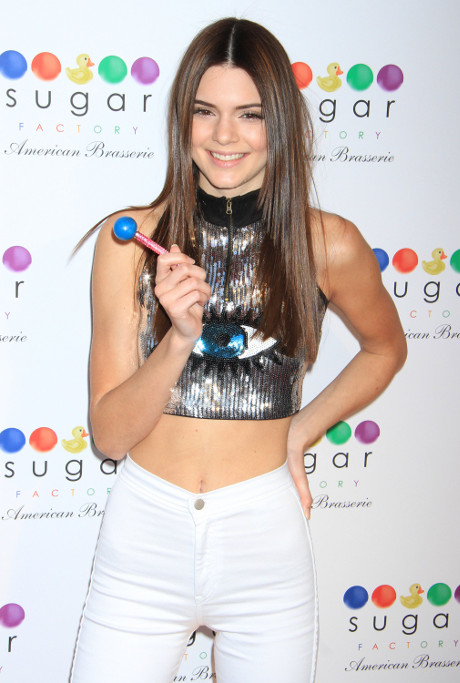 Kendall Jenner and Kylie Jenner are sisters. Anyone with siblings knows that siblings fight a bit, that’s just the way it works, and these two sisters are no different. Apparently, Kendall complained to Khloe Kardashian about Kylie’s rude and selfish behavior — and the straw on the camel’s back? Kylie’s insistence on ditching Kendall so she can, instead, spend time with her friends.

Sounds like Kendall definitely has a bone to pick with her sister; Kendall let all her sister’s dirty laundry out to dry in a conversation with her older sister Khloe Kardashian, who’s no stranger to familial tizzies.

On a recent episode of Keeping up with the Kardashians, Kendall said that Kylie has a tendency to be rude to people she shouldn’t be rude to. Sounds like she’s really tired of putting up with her sis’s antics. And all Kylie wants, or so she says, is a bit of breathing room and time away from her big sis, Kendall.

Khloe gave a bit of her Khloe Wisdom and said that maybe the thing they need is a bit of time apart. She fully admits that she’s gotten sick of being around Kim Kardashian and Kourtney Kardashian a time or two (or forty-two) and that some breathing room was just what the doctor ordered.

Hopefully these two sisters will work it out. Don’t make the Momager step in and take control of the situation. She’ll have those two straightened out in no time at all! Meanwhile, brother Rob Kardashian continues to struggle with his anger and members of the family think it might be a good idea to seek therapy to figure out how to deal with his unusual outbursts.

In other Kardashian news . . . . When we gonna get a pic of that cute baby nugget North West?