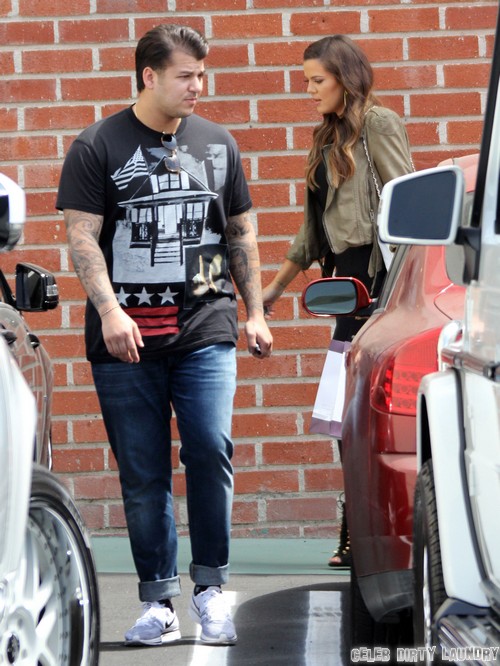 In a preview clip, Rob is seen yelling at his family for leaving him stranded. He yelled, “I took a cab home because y’all are dickheads.” When they retaliate by saying that they thought he was making it up and he didn’t actually need help, he says that’s ‘f***ed up’. As Rob continued with his yelling and ranting, Kris Jenner interrupted and said, “It’s about you twisting the truth, so when you call with a problem, we’re not quite sure what to believe.”

Coming from a normal family, I can say that leaving a family member behind – no matter the consequences – is unheard of. However, with that being said, Rob Kardashian is a member of the Kardashian family. And looking at Kris Jenner’s screwed up reasoning for leaving Rob behind, you realize that they don’t think or act like a normal family would in the same situation.

Everything that they do or say, especially in front of the cameras, is calculated to create the maximum amount of drama possible. This means that they live their life in such a heightened state that it’s impossible for them to act like a normal family, and even when the cameras aren’t on, I doubt they return to normalcy. So when you look at this situation, you have to look at it from a very skewed perspective. Kudos to Rob for calling his family ‘dickheads’, because god knows we’ve all done that at one point or another. But who’s actually to blame? When it comes to the Kardashians, the answer is probably everyone.