Kendall Jenner Dating Young Jinsu: That’s Why She Broke Up With Julian Brooks? 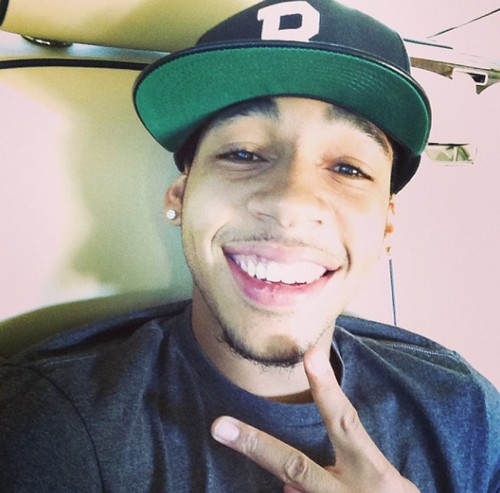 Kendall Jenner certainly has a type, doesn’t she? It’s only been a month since she’s officially dumped cheating boyfriend Julian Brooks, but she’s already confirmed to have moved on with rapper Young Jinsu.

People Magazine reports that Kendall and Young Jinsu are already pretty serious, but they’re trying to keep it quiet as the speculation increases around her family’s romantic troubles. A source tells People, “They’re dating – it’s been at least a few months. They’ve been getting closer recently, and they’ve been hanging out all the time. They have that spark right now – they’re just really feeling each other. They’re not putting it out there yet.”

A source close to Young Jinsu also adds, “He’s so sweet. He kind of reminds you of Chris Brown, but way more charming and really talented. He’s been working with a lot of big-time producers and artists recently.”  Why on earth would you use Chris Brown’s name and ‘sweet’ in the same sentence? That is not a good image to evoke, especially when you’re trying to sell an image of this guy as charming and kind.

Either way, Kendall has denied the rumors, claiming on Twitter that she’s ‘single‘. Ok, sure. And it wasn’t your rep who leaked the report about you guys to People Magazine, of all outlets. These Kardashians must really think the public is moronic sometimes – and considering how well their brand used to do, they might not be wrong.

What do you guys think about Kendall and Young Jinsu dating? Let us know your thoughts in the comments.