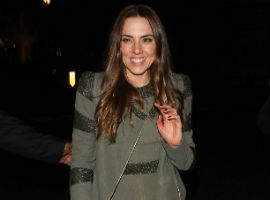 It’s hard to remember a time when Jessica Simpson and Eric Johnson weren’t dating—or pregnant. The couple got together during Eric’s divorce from Keri Johnson, and announced their engagement barely a few months after the divorce was finalized. A year later, Jessica announced she was pregnant with their daughter Maxwell, whom she gave birth to in May 2012. Now, she’s pregnant again and hopes of a white wedding are dashed—perhaps she’ll choose scarlet for her dress, the better to illustrate her vixen ways! Despite the apparent fairy tale she and Eric are living now (even if he does have the hots for her sister Ashlee Simpson), Jessica was the other woman while Eric and Keri’s marriage crumbled, and she won’t be allowed to forget it!

A source reported exclusively to Celebuzz that Keri has “always thought about writing a book . . . She actually statred writing during the divorce to cope.”  It may look like a cheap trick to get attention and money, but the insider insists that Keri “just wants to be honest . . . to detail the divorce from her own perspective and what happened, and inevitably Jessica would be a part of that. She would talk about how they were so public with their relationship during her divorce.” Dating someone else while still married doesn’t scream class (for more information, see Kim Kardashian), it also doesn’t seem like the worst thing. I mean, lots of people do it! The relationship is gone, the wounds are healed—why wait to search for love because of months of legal paperwork?

Keri’s inspiration for the book is “to have a greater purpose and . . . share an interesting story. She wants the book to provide insight into how to cope with divorce and make life transitions.” Don’t we have enough divorce self help books? Sure you can argue that the book will be worth it, if just one person learns one thing from it. But it sounds like Keri will be using the associated fame to sell the book—unless she’s also a respected therapist with real insight, no publisher would buy the book of some random ex wife!

But the source swears Keri’s motives are pure, and that in fact “she’s always struggled with going public.” Keri hasn’t made up her mind about selling it yet, but we expect she will—they always do, in the end! Would you buy a copy—or at least borrow it from a library? 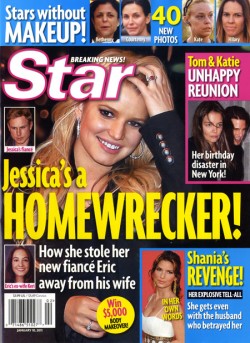