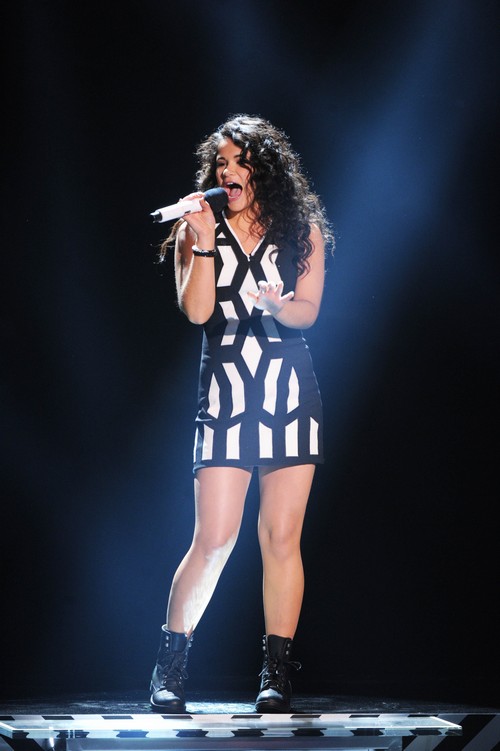 Khaya Cohen took the stage tonight on THE X FACTOR USA for the first of the live performance shows. Khaya sang “I’ve Got Sunshine” by The Temptations.  Khaya is on Demi Lovato’s Girl’s team and they decided to sing this song for her Motown choice. On tonight’s show the top 12 performed live in front of coaches Simon Cowell, Kelly Rowland, Demi Lovato and Paulina Rubio for America’s vote and to make it another week. Did you watch tonight’s performance show? We did and we recapped it here for you.

Judges comments: Kelly says she almost threw her pen because she killed that performance; she loved the sass in her performance. Simon says that shutting his eyes it was like listening to Amy Winehouse and loved the staging and it was such a great performance; her vocals were fantastic. Demi is so proud of her and loved how she is coming out of her shell and felt her voice could be the best in the competition.

Khaya Cohen is a teen with a voice beyond her years. See why Demi Lovato calls Khaya, “One to watch.”. If you want to see Khaya Cohen make it another week, you have to vote for her.