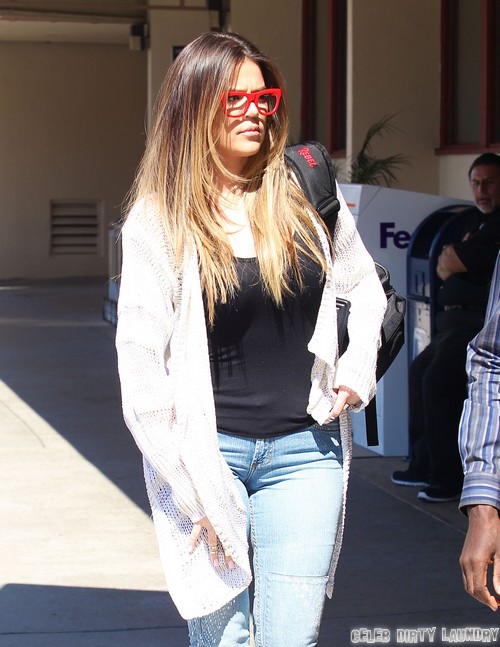 Oops. See, this is why you need to check before you post pictures to Instagram and Twitter. Khloe Kardashian uploaded pictures of her shoes alongside Lamar Odom‘s shoes, and a clever detective over at Radar was able to determine that the background carpet of the pictures matched the ‘exact carpet’ of the The Garden Inn Hilton guest rooms in Calabasas, incidentally where the family home is.

So for those who are claiming that Lamar was staying at a hotel for ‘work’ or business reasons, I have to say – it makes NO sense for him to stay in a hotel in the exact same city where he also lives and has a home.

After all the reports that sighted Khloe visiting Lamar last week and now this, I think we can safely say that Khloe and Lamar are living separate lives. We don’t know if it’s a trial separation or if it’s temporary, or if it’s just for them to take a break from each other. It doesn’t exactly seem like they’re on terrible terms since Khloe’s still tweeting about him, visiting him, and uploading pictures onto the net. But is she doing that to try to throw the public off the scent? Maybe she wants the public to think that everything’s fine, and that’s why she uploaded that image, but it ended up backfiring on her.

A source did tell Radar, “Khloe did kick Lamar out of the house. He had been staying at the Hilton, but once photographers found out he was staying there, he moved to another location. Lamar isn’t living under the same roof with Khloe right now. She knows he has been cheating on her and is absolutely devastated.”

One question that jumps out is why Kris Jenner refuses to allow Khloe to file for separation and divorce her cheating husband?  After all of the evidence of his long serious affairs with a variety of mistresses including Polina Polonsky and Jennifer Richardson you’d think momager would let Khloe pull the plug.  I understand that filing for legal separation or divorce would be a crushing blow to Khloe’s ego but isn’t the reality of Lamar’s total lack of love for her enough to cause the Kardashian/Jenner freaks to get rid of him?  It should be. 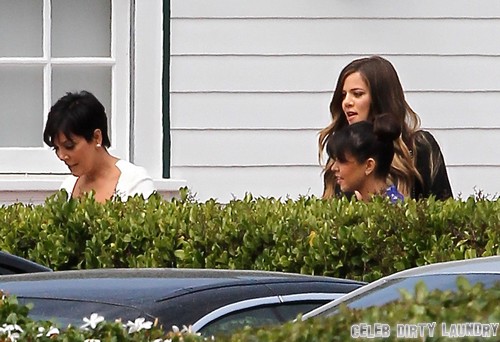