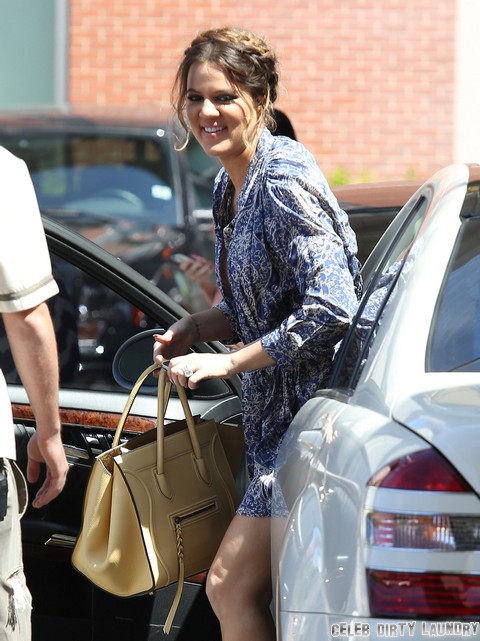 Kim Kardashian was just on television last night pimping out her movie and now Khloe Kardashian seems to need a little bit of attention.

Of course, as you already know, Kim is getting a ton of attention because she’s all gaga for baby. It would seem like the barren sister AKA Khloe would need some attention of her own, no? She knew what she was doing with that dress….come on!

She was on her way into the Four Seasons Hotel in Agoura Hills, California with her sister Kourtney. Her tiny little dress was no match for the amount of wind gusting her way and thus, showed off her control-top pantyhose. She’s a gargantuan woman, so you would think that she would wear pants or something instead of a little dress — made for someone who is obviously much shorter.

What do you think? Is Khloe trying to get someone to look in her general direction for some much needed attention? Perhaps she’s trying to signal to The Game that she’s getting a room at the hotel and it’s all clear for some lovin’? Hit the comments and let us know what you think!

Khloe Kardashian had a NIP SLIP on X Factor! by HollywoodBackstage