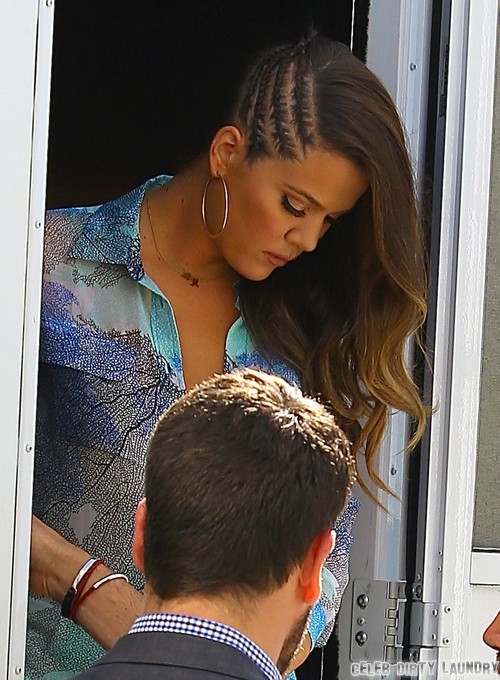 I have to admit, I would really hate to be Khloe Kardashian right now. Talk about being stuck between a rock and a hard place, right? After Lamar Odom’s most recent side dish, Polina Polonsky went on the record to dish the details of her six week affair with Khloe’s husband earlier this summer, the writing on the wall became pretty apparent. On some level Khloe knows that she really needs to let this marriage go once and for all. She can’t even say that someone caught Lamar’s eye and grabbed his attention and it was a one time kind of thing. Instead he has proven that he’ll jump on whores like Jennifer Richardson and smarter women like Polina with equal excitement. It seems anyone BUT Khloe is fair game and that has to sting.

Khloe has done what almost every woman that has found out she has been cheated on does too – she has gone after both Jennifer and Polina. That’s a normal reaction but Khloe has more power than the average wife and she has used her resources to hunt both women which is likely the main reason that Polina came forward at all. So as long as Khloe is on the attack and in denial at the same time, both women will likely keep talking.

Jennifer wants Khloe to admit there are problems and insists Lamar will continue to cheat, meanwhile Polina just wants this crazy chick to call off her hounds and leave her alone. In other words both want Khloe to deal with her husband because that’s where the problems lie. We do know that the couple is very much apart right now, but will they stay that way? Will Khloe continue to put on the rose colored glasses and fight for her marriage even though she’s the only one who seems to be doing any fighting? Tell us your thoughts in the comments below!