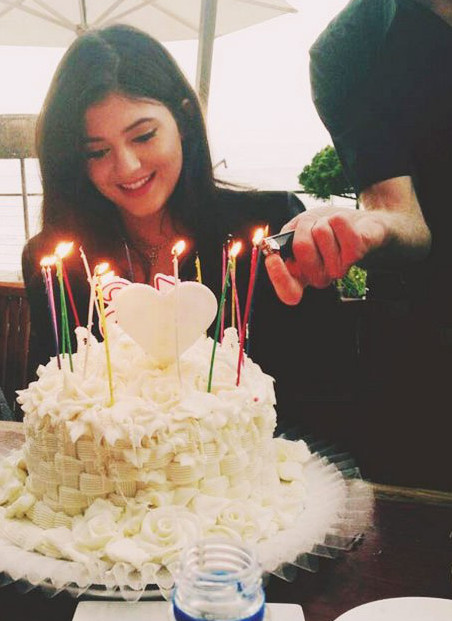 Kylie Jenner‘s sweet sixteen birthday party happened and, while we’re sure it was an extraordinary day for the young reality TV star, there were some very important people in her life that were not in attendance, namely Kim Kardashian, Baby North West, Rob Kardashian, and Lamar Odom. I think it’s safe to say that Kim had to stay home to watch her new baby joy North West (there’s also the issue of attention — can’t have Kim stealing the limelight of a sweet sixteener!). But what was Lamar’s excuse? People are speculating that he was banned from the party after all the negative publicity he’s received in light of his numerous scandalous affairs!

According to Radar Online, “Kim Kardashian, Baby North West, and Lamar Odom were not able to attend. Kim had to stay home with her newborn according to US Weekly, and maybe she didn’t want to take the attention off her little sister for her special day. But why didn’t Lamar Odom attend? maybe the divorce cheating scandal rumors were the reason.”

Lamar Odom has been linked to Polina Polonsky, who recently passed a lie detector test, which supposedly revealed her alleged affair with Odom, and Jennifer Richardson — the first mistress to surface and revel in the spotlight.

Now that Lamar’s scandalous extracurricular activities have been exposed to the world, it’s time for Khloe Kardashian to wrangle up some divorce lawyers and get this ball rolling. We think it’s time for Khloe to kick Lamar to the curb — seems like Kylie didn’t have a problem doing it, so maybe she could give her big sis a few pointers!  Her birthday was at the upscale, super swanky sushi joint, Nobu in Malibu.

How do you think this divorce will proceed? Chat with us in the comments below!