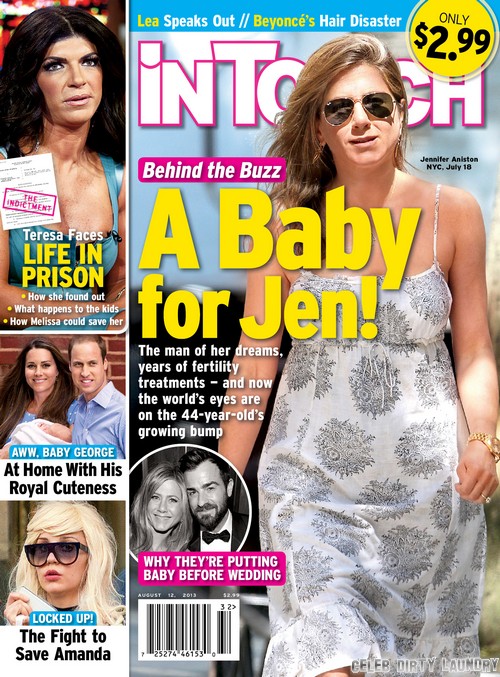 Khloe Kardashian and Lamar Odom’s marriage troubles continue to be a hot topic to In Touch. The latest issue of the magazine has yet another story about the very troubled marriage of the reality TV couple. This time an explosive fight has them living apart.

Ever since the news of Lamar’s cheating scandal broke, the Odom’s marriage has been on the rocks. Now comes the news that it appears Khloe is the only one fighting to save their almost four year union. According to In Touch my favorite Kardashian is doing everything possible to not loose her husband, despite the fact that she is completely alone. The latest buzz is that after a huge fight Lamar walked out on his wife and spent weeks living at his loft in downtown Los Angeles.  Sounds to me like  there might not be anything left to save.

Another  headline to make the newest issue of In Touch is that The Bachelorette’s Brooks Forester, you know the guy who broke Desiree Hartsock’s heart on the first part of the finale, has a thing for older women. There is a story about him hooking up with an older woman. Perhaps Des was just a little to young for Brooks and his cougar loving ways.

There is also a story about how Jason Trawick is making some cash off of his time with Britney Spears. The man formerly known as her fiance, was reportedly seen either trying to sell  items like purses, shoes, t-shirts from his time with Brit Brit out of the trunk of his car.  That seems pretty desperate to me.

For full details on all of these stories and much more, including Jennifer Aniston’s baby bump and the birth of Prince George, make sure you pick up the newest issue of In Touch. What story are you looking forward to reading the about the most? Tell us what you think in the below comments section.