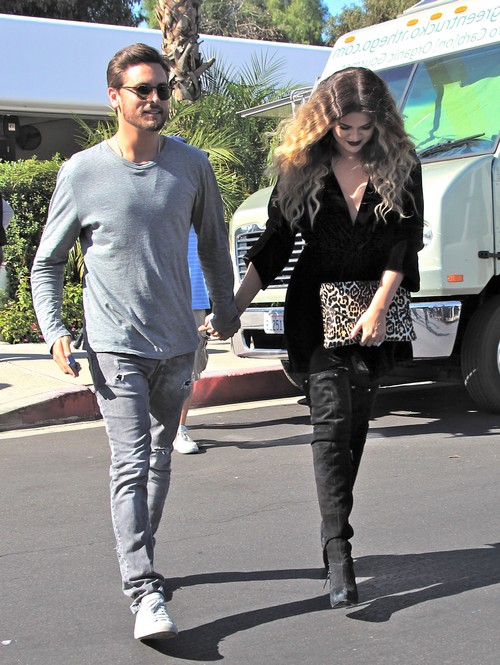 I guess it’s good to see that after years of obvious dislike Khloe Kardashian and Scott Disick are finally really getting along. The problem is that now they’re just a little too friendly and it’s really pissing off Kourtney Kardashian. Khloe has obviously been put through the ringer lately thanks to her husband, Lamar Odom. She has struggled to help him get clean and then watched as she was handed proof that he had cheated and repeatedly disrespected her. Finally Khloe filed for divorce – what choice did she have? Meanwhile Scott is reeling from the unexpected loss of his mother and the two seem to have really bonded through their pain.

According to the Dec. 23rd print edition of Star magazine Kourtney was glad to see her sister and boyfriend finally becoming friends but she has noticed that they are way too touchy feely for her comfort. Every time they are out in public now they are holding hands or climbing all over each other as if they were a couple. There was one incident where instead of holding her hand Kourt realized that Scott was holding Khloe’s!

Needless to say, none of this is sitting well and Kourtney has confronted both of them. She thinks they’ve taken several steps across the line of respect and that their behavior is now just bordering on creepy. Do you think that Kourtney has good reason to be suspicious of the two? Do you think that Khloe would ever hook up with Scott behind her sister’s back? I’d like to think it would never happen, how about you? Tell us your thoughts in the comments below!