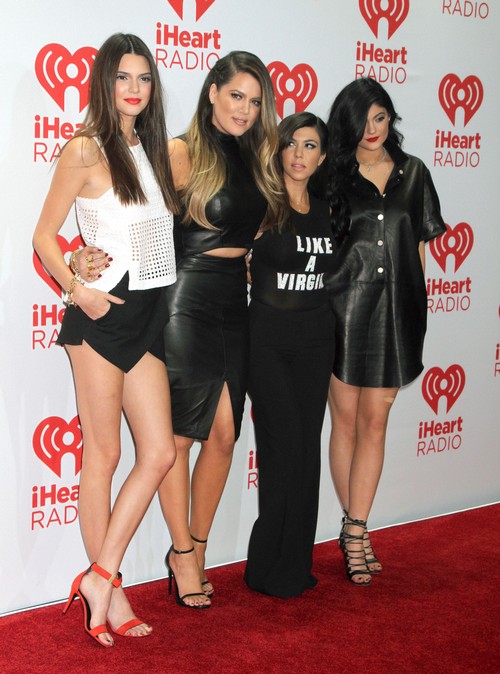 Khloe Kardashian and Lamar Odom seem to be in stasis. They’re not getting divorced, and they’re not getting back together. So what’s going to happen? According to a new report, Khloe’s planning on deciding the ultimate fate of her marriage after filming for Keeping Up With the Kardashians wraps up for this season.

According to the report, Khloe’s insistent on keeping her marriage troubles out of the public eye, and she doesn’t want anything related to Lamar to end up on the show – so she’s decided to wait until filming’s over, and then she’ll deal with her marriage.

A source explains, “Khloe is steadfast, that she won’t decide whether she wants out of the marriage until she is done shooting the current season of the show. She has been through so much the last year with Lamar, and Khloe just doesn’t want this to be played out in front of the cameras. It’s a very sensitive situation, she is being a trooper and is being a total professional while shooting. Another reason why Khloe isn’t making any decisions yet, she doesn’t want this to loom over Lamar in the future, no matter what she decides to do.”

It’s a bit hypocritical, no? To let everything else in your life be taken over by cameras, and then refuse to let your marriage be captured? On the one hand, it’s almost admirable that she’s not whoring out her marriage for publicity. On the other, this is what she and her family built their fame on – using their private life and relationship issues to sell their family name to the public. So now that she feels like, can she just take it all back?

Because Lamar’s issues are drug-related and not just based on cheating, I’m inclined to side with her on this one. She and Lamar have had a tough going as of late, and it’s clearly a very personal issue for her. Lamar’s obviously not been dealing with this issue very well, and if Khloe wants privacy in helping him get better, that’s her prerogative. However, I’m almost 99.9% sure somebody in her family will sell her out in the end – probably Kris Jenner.