Lamar Odom’s Crack Addiction Was a Total Secret, Maybe Even From Lamar Himself – Until Khloe Kardashian and Kris Jenner Leaked The Story 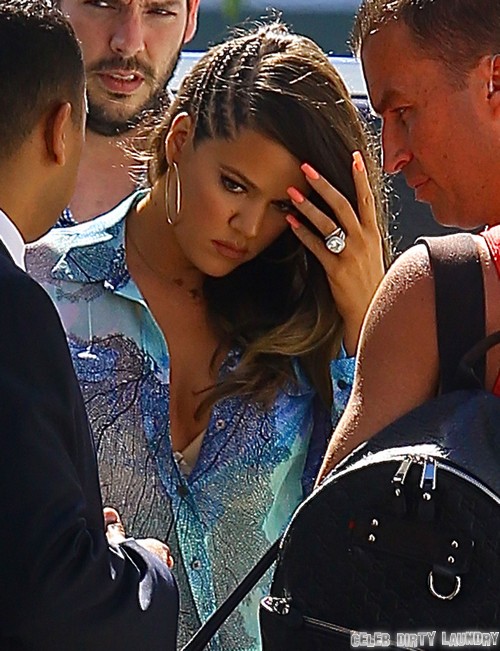 If you were one of those people that believes that the Kardashians put everything out there on display you need to check yourself because supposedly Lamar Odom’s nasty crack habit was one of the best kept secrets in Hollywood.  Khloe Kardashian didn’t want to admit that her husband was dealing with a burgeoning drug problem and so she kept it under wraps as much as possible. According to TMZ Khloe didn’t even clue her sisters in to what was really up until she had to explain all of Lamar’s side chicks, then she came clean. At least that’s the story we are reading – but we don’t buy it.

Am I the only one having a hard time believing this? I mean an NBA player with a drug problem is hardly a stretch, but how did he hide it so well if he’s a serious crackhead? Lamar played decently all last season and does spend time with the Kardashian family so how is it that no one had a clue?  Why on earth would Khloe spend the better part of two years trying to get pregnant if Lamar is a junkie? I have to wonder if this addiction is being played up in order to allow Khloe a graceful exit from the marriage.

Isn’t it all a little too perfect- he’s a junkie and so Khloe needs to leave. If it’s true and he is rejecting help then we’ll all agree it’s time to hit the bricks. But I wonder if his occasional recreational use is being played up to give Khloe an out.  Jennifer Richardson and Polina Polonsky have had no problem dishing the dirty and sometimes x-rated details of their time with Lamar, but there was no mention of drug use. Why is that? How come if his using is supposedly what leads him into the arms of other women then those chicks never mentioned the crack. Why did they only throw Lamar half under the bus? Is he a crackhead or not? Tell us your thoughts in the comments below!