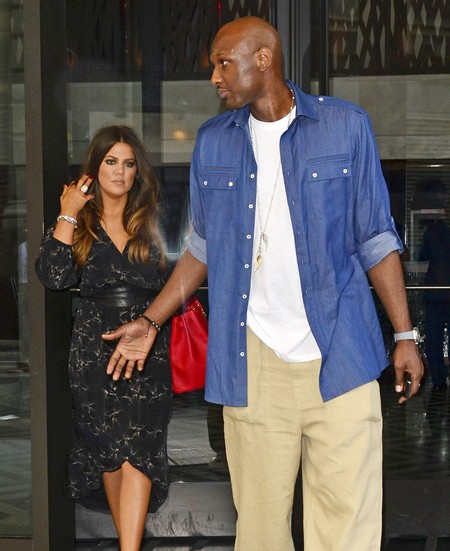 Khloe Kardashian‘s already gotten herself a rebound after her divorce from Lamar Odom, if the rumors about her relationship with Matt Kemp are to be believed. But what about Lamar? Well, according to a new report from Radar Online, Lamar might be taking solace in his ex and baby mama, Liza Morales.

A source tells Radar, “Lamar has been talking to Liza in the last few weeks, and she has been a tremendous source of strength for him. Khloe was always insanely jealous of Liza and that is why Lamar distanced himself. He now recognizes that was a mistake.”

Apparently, Lamar will be spending the holidays with Liza and their two children. No doubt, this is making Lamar’s daughter, Destiny Odom, very happy. She recently took her last.fm page to diss Lamar’s marriage to Khloe, and her hopes that a reconciliation between them will never happen. Liza and Lamar getting back together also makes a lot of sense, considering their past history and the fact that they have two children together.

The real question comes down to whether Liza will take him back. They were engaged in 2010 but broke up amid rumors that Lamar was hooking up with Khloe behind her back, and Liza then had to watch Lamar and Khloe get married in a completely over-the-top public marriage. It’s not an easy thing to get over, and Liza’s been open about the betrayal she felt. But now, Khloe’s out of the picture, and she finally has a chance to make her family whole again.

What do you guys think? Has Lamar been looking to Liza for comfort, and do you think they will get back together? Let us know your thoughts in the comments.