Khloe Kardashian Starts Divorce Proceedings: Lamar Odom Has One Day To Get Clean 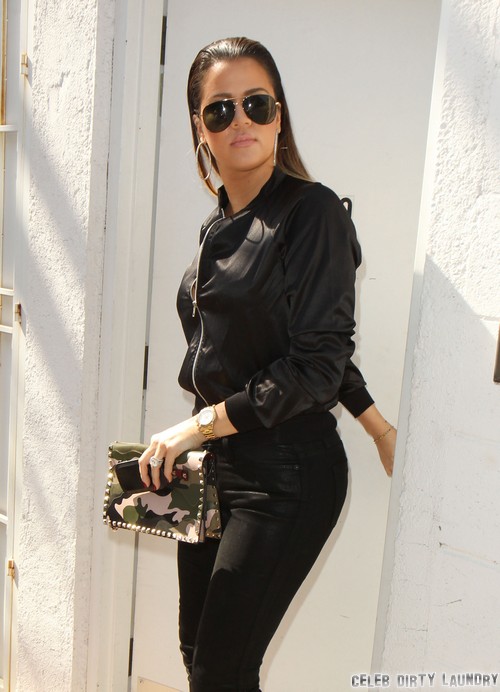 Khloe Kardashian and Lamar Odom may have been having a difficult time lately, but it’s about to get much worse. According to several new reports, Khloe has agreed to spend their anniversary with Lamar, but on one condition: that he clean up and get sober by then, or it’s a permanent goodbye.

According to sources, Khloe has written Lamar a ‘scathing ultimatum letter‘ telling him to sober up by their anniversary, or she’ll make sure to end their marriage. A source tells In Touch, “Khloé is giving Lamar until their four-year wedding anniversary to show some sign he still wants to be in their marriage. If not, she’s filing for divorce.”

The report also adds that Khloe’s letter to Lamar was pretty much a giant ‘f*** you’ for putting her through ‘hell’ the last few months. And really, who can blame her? She’s been through drug binges, hookers, cheating affairs, and public humiliation. The fact that she’s even willing to give him a chance, despite his refusal to go through rehab, is an achievement in itself.

However, even if Lamar was initially interested in getting clean and making their anniversary meeting, Khloe might not be interested after today. There were reports released early this morning that stated that Lamar was holed up somewhere in the midst of a crack binge, just days after he claimed that he was trying to get better.

Do those actions seem to represent a man who’s trying to get better? I think not. Khloe’s better off without him, and she should realize that by now. Of course, getting over long-term marriage isn’t easy, but even if they do stay together, how would she ever trust him again?