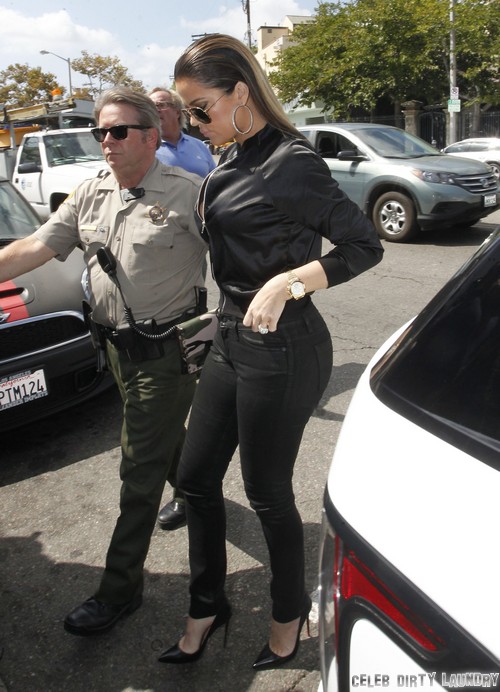 Well it looks like Lamar Odom won’t be returning to domestic bliss in Calabasas.  Despite his loving dad, Joe Odom’s, protestations to the contrary, Lamar seems to have a serious drug and cheating addiction. TMZ reports this morning that Lamar is holed up in a gated community 100 miles from LA on a crack binge with 2 women, one of whom he’s having sex with (between puffs on the pipe).

It seems that Lamar isn’t worried about Khloe’s reaction to his cheating and smoking either.  According to TMZ’s unnamed sources Lamar is convinced Khloe loves him and will continue to stand by him as she has up until now. Huh?  I’ve got news for you Lamar, Khloe is not standing behind you nor will she hesitate to file for divorce as soon as filming of KUWTK is done.  After months of public humiliation and a parade of mistresses detailing their escapades with Lamar the chances of Khloe NOT divorcing Lamar are as good as the chances of Bruce Jenner swearing off Botox.

But you never know with a desperate case like Khloe.  I mean she stole Lamar from an escort at a party and married him a month later, right?  These Kardashians are not normal, not even the new normal, and yesterday Khloe was still wearing her wedding ring!  Check the pics below if you don’t believe it.

Lamar Odom is holed up in a private home in a gated community 100 miles from L.A. … and his life is now revolving around smoking crack and partying with 2 young women — and he’s intimate with one of them.

Lamar has a driver who is regularly shuttling back and forth from L.A. to his rental home with one purpose — scoring drugs, including crack.

Lamar’s best friend is also staying at the house.

We’re told Lamar has been living in 3 different residences in the last 2 months — partly because he feels if he stays on the move he won’t get caught.

So what can we expect to see on next season’s KUWTK?  Of course we don’t watch that trash willingly but we do have to cover it for CDL.  Can the phoney reality-whore family ignore the Lamar/Khloe saga and focus on North West and Kim Kardashian’s blond hair? Perhaps E! will choose the lesser of two evils and focus on Kanye West’s violent sociopathic behavior?  It’s so nice for the Kardashian/Jenner axis of evil to have such a wide range of criminal and degenerate behavior to feature on their reality shows, isn’t it?

Khloe Kardashians drop in at her DASH store on September 25, 2013 in West Hollywood