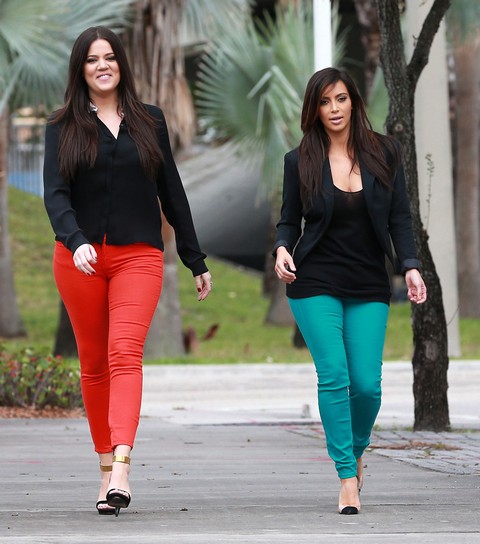 Last week, Khloe Kardashian and her momager Kris Jenner went on an anti-tabloid rampage, forgetting that their success lies solely within those polished pages! Khloe and Kris wrote separate blog posts, about how cruel and full of lies various tabs are, encouraging fans to believe that they have no qualms about sharing all their family secrets. But we were surprised to note that neither brought up the obvious: That Khloe has never known her real father, and refuses to seek the truth!

Kris admitted to Jay Leno that she was a total slut in her youth, and many have speculated that Khloe is the product of an affair with her former hairdresser, Alex Roldan! We’ve covered the issue time and time again, but Khloe adamantly refuses to seek answers, or go public with any truth that she knows. The only steps they’ve taken were to prove Kris is her mom! Duh! It begs the question: what’s she hiding?

If we take Khloe and Kris’ blog posts as truth—that is, that they really don’t have any hesitations about sharing everything about their lives—then why won’t Khloe take a simple test to scientifically prove that her mom isn’t lying? If Khloe is a true Kardashian, why not undermine the tabloids by sharing such a devastating fact? It would undo years of reporting, and totally destroy the foundation of trust tabs have built with readers. So why no paternity test?

There is only one conclusive answer to the question, and we all know what it is: Khloe isn’t a Kardashian. Sure, on the show she says things like, “I don’t need a test to tell me who my father was. Robert Kardashian raised me and I love him.” It’s all very nice, and we’re not trying to argue that Khloe loved Rob like a father—we just want to know which of Kris’ ex lovers ended up a dad! Do you think Khloe should walk the talk and give us evidence against tabloid reports, or is she just full of hot air?