Khloe Kardashian Tricks Lamar Odom: Exposes Divorce Drama and Crack Use On Keeping up with the Kardashians 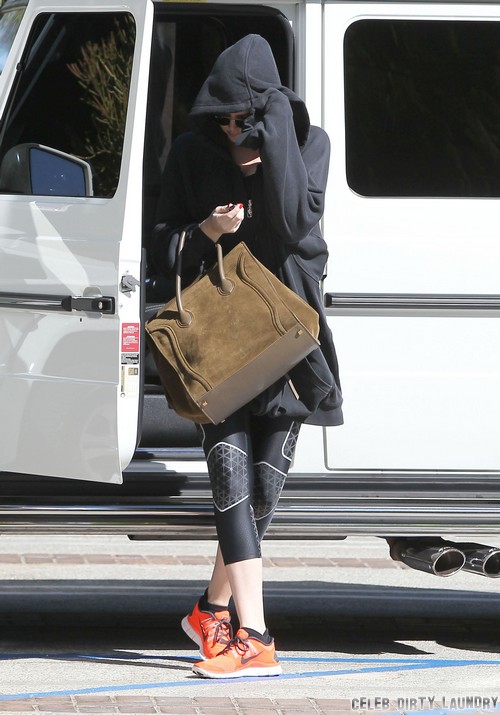 Is there anything the Kardashians aren’t willing to do? According to a report from Media Take Out, Khloe Kardashian has tricked Lamar Odom into airing all of his secrets over the phone, and she’s planning to air that on Keeping Up With the Kardashians.

The way MTO describes it, Khloe had Lamar call her on the house phone and then put him on speaker without him knowing, with the cameras in the background and her entire family listening. Then, again without Lamar knowing, Khloe reportedly had him spill on all the secrets he’s been keeping away from the press – including his drug addiction and his rumored cheating and hookups. Apparently, Khloe and her family then tried blackmailing him into going to rehab, threatening him with the release of the tape if he didn’t comply.

If this is true – which is a big IF – it looks like Khloe really is willing to go to any lengths to get Lamar to rehab. I honestly can’t blame her for this – even though it’s extremely shady and twisted, if she’s trying to save her husband’s life, can anyone truly hold her against it?

However, considering that it’s Media Take Out, I highly doubt it’s accurate. First of all, Khloe’s been pretty steadfast in her refusal to let any of the divorce drama air on KUTWK, so why would she change her mind now? Secondly, I don’t think blackmailing Lamar would work – his secrets are already all over the tabloids, and I don’t think he cares about his public image anymore.

What do you guys think? Do you think Khloe and the Kardashians would have done that to Lamar? And if they did do it, do you think Lamar will actually comply and go to rehab, or will he just ignore it and let it play on national television? Let us know your thoughts in the comments.