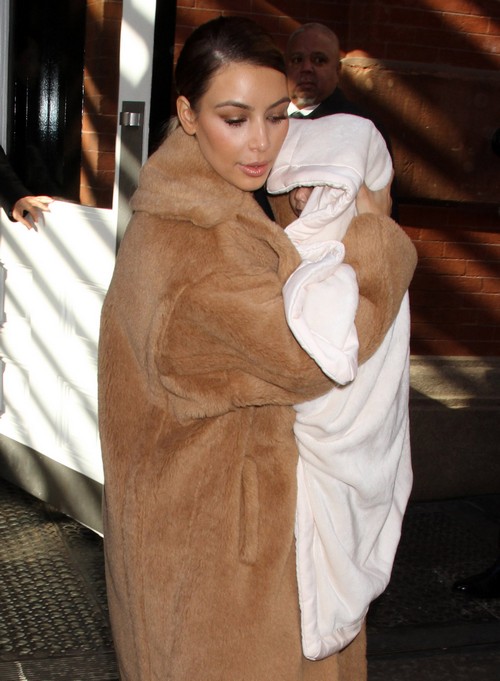 Kim Kardashian got people talking this morning when a snippet from Kanye West’s new music video ‘Bound 2’ was released. It was a sore vision for most people’s eyes, with bright and fake backgrounds, cheesy colors, and Kanye and a topless Kim grinding on a bike the entire time. If their goal was to get people talking, Kim and Kanye achieved it – but somehow, I’m thinking Kanye assumed that people would react to it better.

I mean, he considers himself a ‘creative genius’, after all. He probably had a lot more input into the design of this video because Kim was so intimately involved, much to the video’s detriment. Not only is it incredibly cheesy, but nobody wants to see Kanye and Kim humping each other in what can only be qualified as a sex tape without the actual sex.

The fact that Kanye debuted the clip so proudly on the Ellen Degeneres show says enough about his delusion, but I think Kim understands backlash enough to know when the media and public are making fun of her. So what does she do? Why, bring out North West, of course. Her go-to response to any type of backlash seems to be to use North as a deflection tactic, and so far, it’s actually worked. People were criticizing her of being a horrible mother, so she conveniently set up a photo-op where the paparazzi managed to take pictures of her and North looking cozy – and for once, like an actual family.

And now, she’s once again stepped out with North in New York City, probably trying to get people to forget about her topless grinding. She’s basically trying to maintain her image as a good mother, but as long as she keeps taking off her clothes, she’s never going to be known as anything other than the D-list reality star with a sex tape. Even if she eventually marries Kanye.