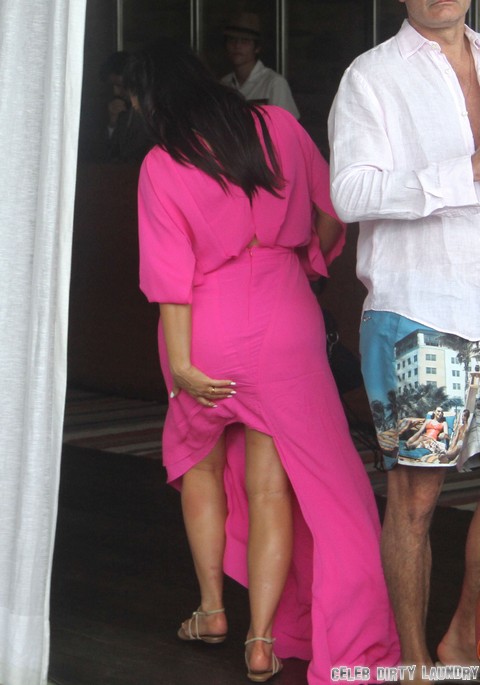 Kim Kardashian is a expecting a baby girl, according to reports. The 32-year old, who announced her pregnancy on New Year’s Eve, had previously told Jimmy Kimmel on an episode last month on how she couldn’t wait to find out what the sex of the baby. She told the talk-show host she had to wait another week until it could be determined.

The reality star phoned up her doctor in hopes that his busy schedule would allow him to make a quick visit to her home in Los Angeles, a source explained, before adding that Kim’s doctor never writes his appointments down with the reality star as she doesn’t want the media to find out how often she sees him. Kanye wasn’t present when Kim found out the sex of the baby she was having because he was “too busy” working on his new album. But that wasn’t an issue as the bootylicious star Skyped with her beau as they waited for the ultrasound to show what kind of clothes the two could start shopping for.

Once the doctor told them that it looked very certain they would be expecting a girl, Kim was said to be over the moon knowing that her daughter can wear all of her baby clothes that her mom, Kris Jenner, had kept, while Kanye was said to have been “happy.”  We think deep down he was hoping to hear that he would be having a boy. Nevertheless, both soon-to-be parents were happy to have found out if their unborn baby would be a boy or a girl.

Kris Jenner was the next person to hear about it. According to sources, the momager wiped her “happy tears” from her face as she shared the news with the rest of the family who were so happy to hear about it, that Kendall and Kylie Jenner started shopping for baby clothes right away. Something tells us that Kris has already got some kind of plan up her sleeve to announce this in a special way… through a magazine deal, of course!

Just remember, we told you this first!