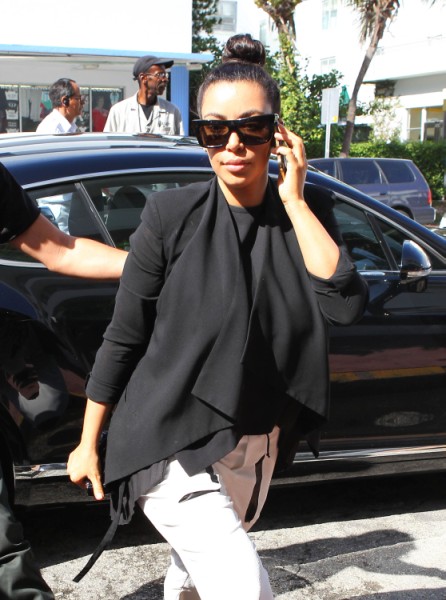 Choosing a baby name has got to be one of the most frustrating part of the whole pregnancy process. Don’t get me wrong, it’s exciting too but I can’t think of something more people have an unnecessary opinion about than what others name their kid. You’re going to breastfeed for two years? Cool. You’re going to home school? Whatever. Jesus Christ, why in the hell are you naming your kid Arnold?! As hard as you try, you cannot please everyone – especially those mouthy grandparents.

So I don’t envy Kim Kardashian and Kanye West who have the whole world ready to shit on their decision. And I am definitely one of those people. I might be crazy, but I kinda thought Kim would stay with Kimye. It’s just stupid enough. But, alas, I might be way off the mark. It turns out Kim actually has a conventional side. According to Female First, Kim’s a huge fan of the name Liv and has been for awhile thanks to her love for the animal cracker/belly scene in one of the best movies of the ’90s, Armageddon. No, I made that last part up but I guess she does have a thing for Liv Tyler. Who doesn’t? She’s adorbs. Plus! It’s the name of one of Kim’s favorite nightclubs in Miami. Now, that makes a whole lot more sense.

Are you shocked by the front runner? I have to say I am. It’s incredibly… normal and… respectable. Those aren’t two words I would generally use to describe Kim Kardashian, let alone her pregnancy. Liv West…. The only issue I have with it is that I generally don’t like pairing monosyllabic first and last names. It feels weightless to me. But then again, the name reminds me of Mae West and then I think of tits and ass and then I think of Kim. Maybe this name works after all. It’s Lourdes to her Madonna.

We’ve got awhile. I’m sure this isn’t the first name that’s going to be thrown around there. Kimye might still win out. What if Kanye and Kim named their kid a color like Blue Ivy? Red West? Chartreuse West? If only life was that generous!

Do you approve of Kim Kardashian’s baby name? What would you like to see her choose?