Kim Kardashian Turns to Beyonce for Help With Kanye West 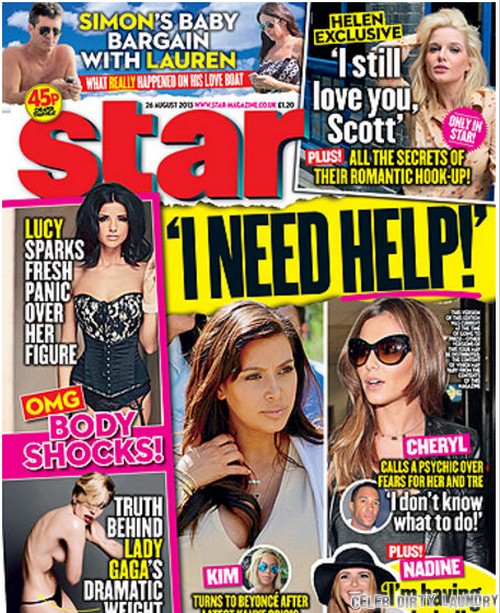 Just thinking about having to deal with Kanye West on a daily basis almost makes me feel sorry for Kim Kardashian, almost. We’ve all seen him raging at the media and god forbid you be a camera toting member of the paparazzi if he happens to be around so can you even imagine what this guy must be like at home? Since having baby Nori, Kim has barely seen the light of day and it is rumored that Kanye is insisting she stay out of sight. Kimmie likes to be controlled it seems and now Kanye has taken over the job of pulling her strings, much to Kris Jenner’s dismay.

According to the August 4th print edition of Star UK, Kim has actually turned to Beyonce for advice in how to deal with her man. Bey and her husband, Jay-Z are tight with Kanye so it does make a bit of sense that Kim would look to the for some help. The thing is, I don’t think there is a way to change anything with Kanye. Either Kim is going to abide by what he wants or they will split in the messiest of ways and my guess is that Beyonce might be telling her to start packing.

Also in the latest issue of Star UK you can read up on Lady GaGa’s drastic weight loss. She returned to the public eye after major health issues with a radically different look. Last time we saw her she had packed on some pounds but now GaGa looks like she needs a cheeseburger, don’t you think?

After a few weeks of rampant pregnancy speculation it turns out that Jennifer Aniston may simply have decided to ditch her crazy diet once and for all. That step could be to prepare her body for pregnancy though. Many super thin women gain a bit in order to be healthier for when they finally get pregnant. Star UK tackles the topic of Jen’s weight and her impending wedding.

One person who swears she’s not marching down the aisle is Katy Perry. The mega star recently reunited with John Mayer but she insists there is no wedding on the horizon for them. I think that’s wise of Katy to realize this guy isn’t marriage material, don’t you? Tell us your thoughts in the comments below!