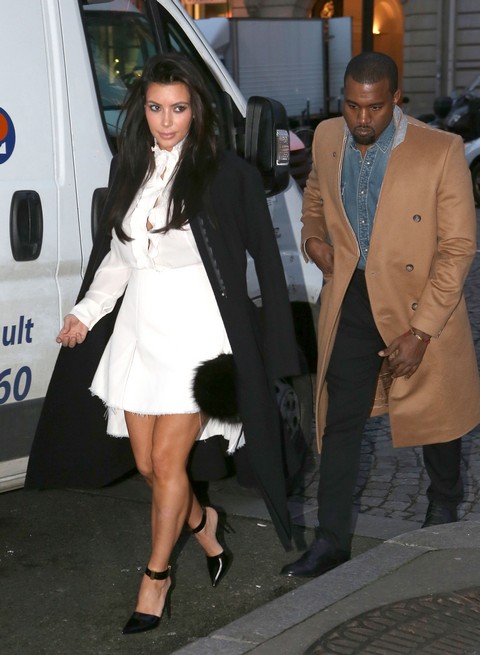 Trust a momager to put business before baby daddy! Kris Jenner has established herself as a ruthless business woman, who will force her children to do anything so long as she gets a cut of the profits! We knew that when Kim Kardashian and Kanye West got pregnant it would mean big changes for the Kardashian empire, but the truth of it is just settling in. Kris is terrified of Kanye’s influence—he’s notoriously private and is forcing Kim to quit the family brand—and wants him out of the picture!

“Kris was furious when she found out what Kim was planning,” an insider told OK! Magazine, print edition March 11, 2013. “She accused her of betrayal and said she was costing the family tens of millions.” Of course, Kanye has promised to provide for her and the baby, something we’re sure appeals to Kim—despite her ‘hard’ days of work at photo shoots and ‘business’ meetings, she’s just biding her time until she can sit back, give birth, and ship the kid off with a team of nannies.

But Kim doesn’t care that her entire family will be affected by the decision, and Kris “told her in no uncertain terms that she was being selfish.” It didn’t help Kris’ ego to learn that Kanye “was behind Kim’s desire to leave the show,” meaning her favorite daughter has found a new manager. What do we call that? Baby daddyager? Kris told Kanye “to keep his nose out of the family business,” but he won’t back down. He’s literally marked Kim as his own, and warned Kris that “Kim and their unborn baby were just as much part of his family now—and it was time Kris stopped trying to rule everyone’s lives.” It brings up a scary thought: is Kris menopausal yet? She may keep popping out kids just to have someone to boss around!