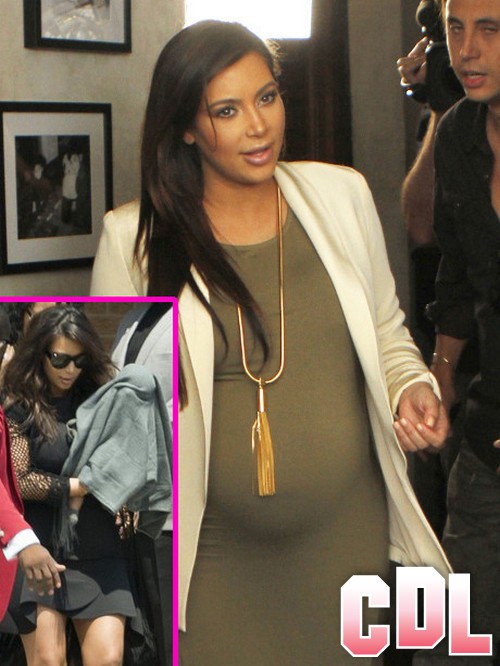 Ok, ew, ew, ew, ew. A preview clip of the latest episode of Keeping Up With the Kardashians showed revealed that Kim Kardashian wanted to eat her baby’s placenta. That grossed me out so much that I actually ended up researching it. So apparently, it’s common to do this? There are people all over the world who cook their baby’s placenta and eat it, apparently because of a large number of health benefits that come along with placenta. Supposedly, this used to be a common practice among many religions and societies in the olden days.

So Kim initiates the conversation during the preview, asking everyone whether they ever cooked a placenta. She adds that she ‘definitely wants to eat it‘, and then Kourtney Kardashian adds, “I want to have a third child just to eat the placenta.”

Just in case you feel like retching a little bit, Kim’s not the first celebrity to speak openly about this. January Jones and Holly Madison have also discussed the rumored health benefits that come along with eating your placenta, but I still don’t know if that’ll be enough to convince the general populace to do so.

Now, coming back to Kim and KUWTK, isn’t it odd that she suddenly brought this up at dinner? Sure, it could have been a spontaneous question, but I never believe in spontaneity when it comes to the Kardashians. They probably discussed what could possibly cause the most amount of views and/or controversy, and then decided to go with that.

What do you guys think of Kim’s revelation? Would you ever eat your baby’s or another baby’s placenta? Or do you think the health benefits thing is a bunch of hokum? Let us know your thoughts in the comments.