Kim Kardashian’s Every Move Controlled By A Paranoid Kanye West — She’s Trapped By A Madman! 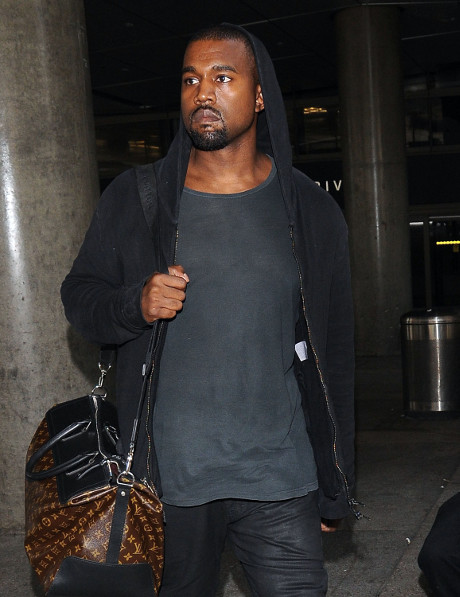 We’ve all known for a while that Kanye West is verging on paranoid when it comes to protecting his new baby joy, North West, but has he taken things too far? Is he borderline crazy? According to some sources, yes, he is. Apparently, Kanye is micromanaging Kim Kardashian‘s every move and an insider says that she’s staying in doors and tip-toeing around with extreme caution, afraid to leave the house in fear of angering her baby’s daddy.

A source told In Touch magazine that “she has to do what he says — or else” and that she’s “trapped by a madman.” That source continues, ”She knows the littlest thing can set him off. She knows not to push Kanye too far … she’s doing her best to keep him happy.”

Since the birth of North, Kanye West has reportedly upped the security around the Kardashians and is even taking things a step further by telling the Kardashian Klan what they can and can’t post on their social media outlets:

“When the time comes for her to step out into public, he wants her to be wearing outfits he picked out for her,” the source for the magazine said. “He’s telling her sisters, mom — everyone — what they can and cannot post on twitter.”

Wow. I’m sure some of these claims are slightly exaggerated, but I totally think that Kanye West has control issues. We already know he has extreme anger issues, so I don’t think it’s a long shot to believe he acts this way. What do you think? Let us know in the comments section below!