Kim Kardashian Freaking Out, Kanye West Refusing To Marry Her After Getting To Know Her! 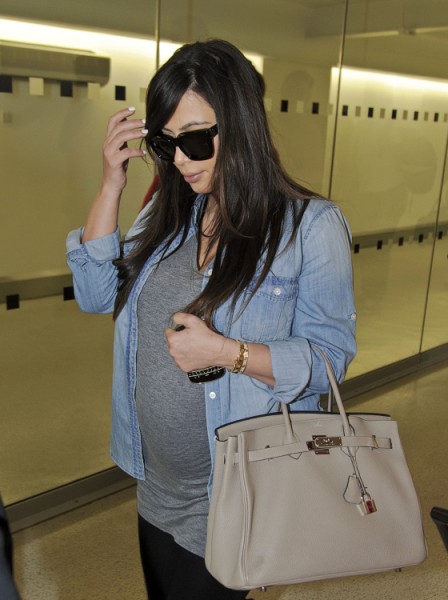 Is this why Kim Kardashian likes to get married so quickly? Is she afraid dudes will get to know the real her and leave before she gets that ring? Very smart to get knocked up this time around then. Only Kanye West apparently isn’t falling for the trap. It seems he’s grown tired of being a pawn in the Kardashian family empire and doesn’t want his kid to be surrounded by the famewhore monster machine.

“It doesn’t appear that Kanye will ever marry Kim because the more time he has spent with her, the more he recognizes they want very different things from life,” the source said told Radar Online. “He makes his records, goes on tour, and then chills. Kim is always making nightclub appearances, and other paid promotional gigs all over the world. If a used car dealership in Fresno would pay her $200,000 to appear, she would. Kanye just wonders how much money and fame she needs.”

This doesn’t sound to me like Kanye and Kim are all that different. The problem is that they may be too much of the same person and Kanye can’t stand it. In his mind it’s perfectly fine for him to want the fame and fortune but not for his woman. His woman’s role is to be there for him – case closed. He wants that perfect nuclear family and he probably convinced Kim she wanted it too. It’s nice and sweet to talk about mommy and daddy and baby makes three at first but then realization sets in and you realize it’s boring as all hell. Kim’s not going to give up her endorsement deals and appearances and TV fame. She can’t even give up non-maternity clothes! How the hell is she going to give up her massive stardom? Kim Kardashian’s baby is going to be swallowed into the life regardless of what Kanye wants.

What do you think? Will a Kim Kardashian wedding happen? Is Kanye West refusing to marry her because of who she really is or are they just waiting until Kim can fit into a disastrous wedding dress again? I think it all has to do with the wedding dress but those pics weren’t the best sign of things to come.