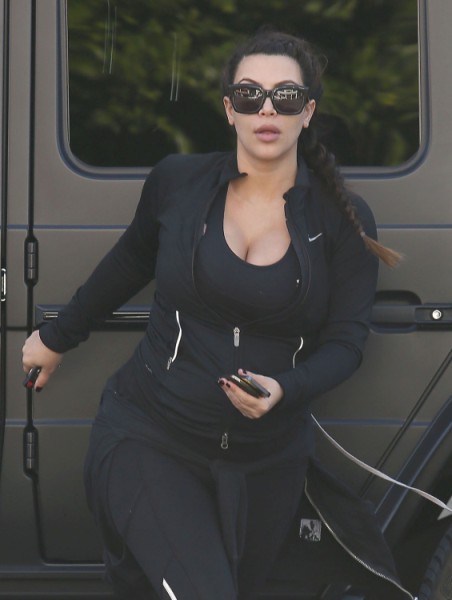 Ah! I hate being Team Kim but I would be pissed about this too.

According to reports Kanye West is planning his international tour this fall to promote his new album. Kim Kardashian’s baby is due in a couple months which means Kanye would be able to hang for a little while before he’s on the road. Now, most new fathers I talk so say they basically have nothing to do with that baby the first couple months. Some say they are scared to hold it because they think they’ll drop it and others say it’s not fun anyway since all it does it eat and sleep and hang on the mom. So the real fun for dads comes around months 3 and 4 when the baby is less of a succubus and more entertaining with its smiles and giggles. That’s the time Kanye’s going to miss and Kim’s got her nipples all in a tizzy about it.

“Kim just feels like she can’t win. She feels that both of their work schedules are going to prevent them from spending quality time together after the baby is born,” the insider told Radar Online.

Kim could follow Kanye on tour but who wants to raise their newborn on a private plane? Screw that noise. Babies need schedules and there’s none of that to be had in the middle of a tour – just ask Justin Bieber.

But she has to make the best of it, right? This is the hand she was dealt. That’s the point we are at right now. Kim either has to suck it up or cut him loose and she’s not cutting him loose anytime soon. She’s got a baby with this man, and he got her into the Met Ball. Clearly, in her eyes, he’s a keeper. Should Kanye postpone the tour? Probably. It’s bad timing that’s for sure but he’s an artist! He can’t be stopped! Artists need to do their thing! The womanfolk watch the children and stroke the egos! Come on people. Did you honestly think Kanye was going to sit around L.A. playing the family man? He can’t even sit around L.A. now.

Should we just start the countdown to the end? Is Wendy Williams right? Will Kim be a single mom soon after that baby is born both literally and figuratively? Is Kim Kardashian furious about the Kanye West tour but convincing herself that it can only get better?