Does Kim Kardashian Have A Secret Crush On Harry Styles? (VIDEO) 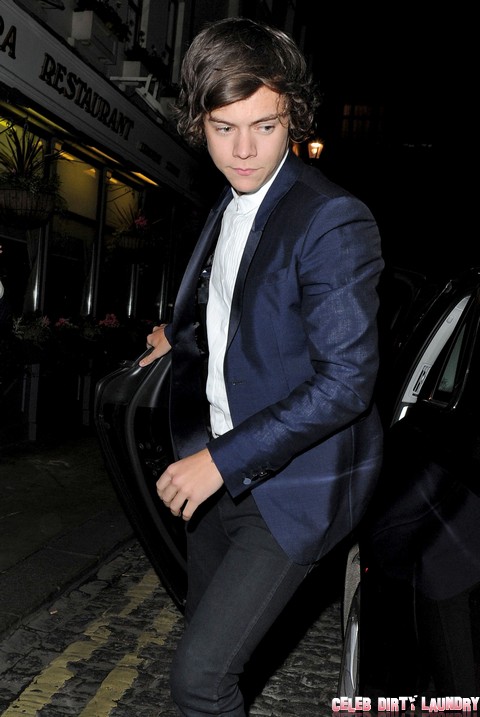 Looks like Kylie and Kendall Jenner aren’t the only ones who are in love with One Direction. Kim Kardashian has made it very clear she prefers dating black guys, but Harry Styles could be an exception in her ‘Secret Crushes’ list. Ha. The reality star and her sister Kourtney Kardashian have been promoting their new spinoff show, Kourtney and Kim Take Miami, in New York as the first episode kicks off Sunday evening on E!.

The duo sat down for an interview/quiz at the MTV Studios where they would be asked a bunch of random questions which they would have to answer as quickly as possible. It didn’t take long for the reporter to ask Kim and Kourt if they could name two members of One Direction — surprisingly, Kourtney failed at the first question when she replied, saying: “I couldn’t name one,” but of course, Kim could.

The 32-year old seems to be keeping up with Harry Styles, who happens to be the only person she named correctly, before adding: “Is there a Liam? I don’t know his last name.” You kind of question yourself as to why she only knows Harry; could it be that she has a secret crush on him or is it because he had been dating a high-profiled Hollywood slut.. Taylor Swift? Either way, Kim seems to be keeping track of what the Brit is doing in his life. Maybe if her relationship to Kanye goes downhill, she’ll end up trying her luck at the 18-year old… though we’re kinda certain Harry wouldn’t want to date a fame-obsessed lunatic.

The only bootylicious Kardashian (thanks to her amazing surgeon) was later asked if she liked the name the media has given her and Kanye – “Kimye” – which just happens to sound like a cheaper version of these former Hollywood couples; Bennifer and Ashmi. Kim says she and her beau are liking the name very much, but still, no one can beat out the people who started the whole “mash up” name: Angelina Jolie and Brad Pitt‘s “Brangelina”. Which is your favorite?