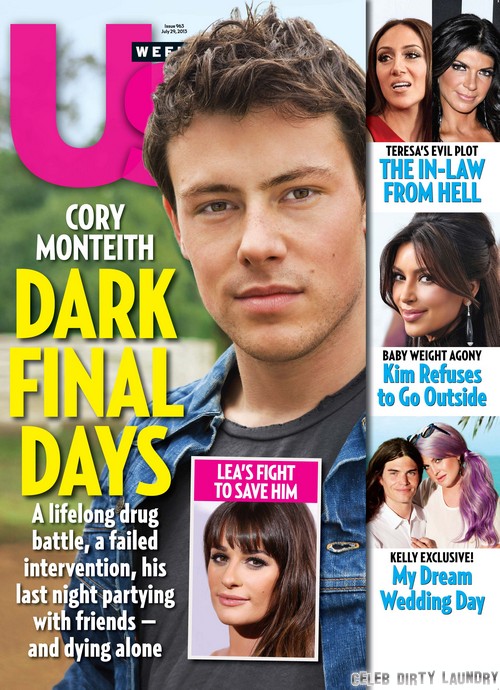 This week’s edition of Us Weekly features insight into Kim Kardashian’s baby weight agony. The reality TV star has had a hard time dealing with the weight gain of being pregnant throughout her entire pregnancy. Now that baby North is here that has not changed, the only difference is now Kim K is dealing with it inside the comforts of her own home instead of in the public eye.

The one time paparazzi media loving Kim has become almost like a hermit since the birth of North West. Is she simply just adjusting to motherhood, with the help of a slew employees I am sure or is she really afraid to been seen in public because she is still carrying the baby weight? Personally I think both are possibilities but that the later is more likely. I mean we are talking about someone who built her entire career, image and brand on her look, it is her money-maker.

Kim has struggled with gaining weight the entire time she was pregnant, it has even been addressed on Keeping Up With The Kardashians. Plus anyone who follows the fashionista on Twitter has seen the throwback sexy pics she posts with captions regarding how she looks now verses then. It would not surprise me at all if she stays in hiding until she has her svelte body back and can make some kind of big dramatic reveal of her new body.  That would be a typical Kim K kind of publicity stunt to pull.

It is really sad that someone is so shallow to have to stay in hiding because they only want to look a certain way in the public eye.  Kim should be focused on her new baby and that is it, not dropping weight but what you expect from someone who is famous for nothing but her looks.

What you think about Kim K’s obsession with losing the baby weight? Tell us what you think in the comments section.