Hugh Hefner Gives It Up – Kim Kardashian Under Contract For Next Playboy Centerfold! 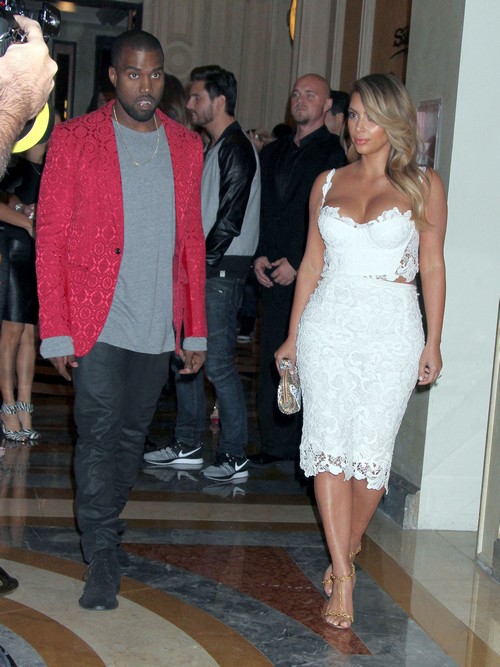 Kim Kardashian loves attention, and what better way to get attention than to pose nude in Playboy magazine? Kim’s already stated her interest in taking off all her clothes for Playboy again, and Hugh Hefner has been giving away tidbits that hint at discussions taking place between the magazine and Kim’s people.

Hugh tweeted yesterday, “@KimKardashian is looking to make it back onto the cover of Playboy, very exciting.” He later deleted the tweet, possibly because it hasn’t been confirmed that Kim and Playboy are in talks, and he wasn’t allowed to talk about the deal. This looks like definitive proof that either Kim and Playboy have already worked out a deal, or they’re on the verge of doing so.

Kim’s already posed for Playboy once in 2007, back when she was just another no-name in the reality world and was getting famous off her sex tape. Right now, she has Kanye West to keep her relevant, but as a full-time attention whore, she needs something else. As someone who exists purely on being the center of attention, she probably decided that going nude was the best way to get what she wanted. And this way, she can also prove to her haters that she’s still ‘hot’, in her own words. I’m sure she’ll be photoshopped within an inch of her life to make her look a lot skinnier than she actually is, but that’s sadly not going to stop the media blitz from taking over the Internet. Whenever this Playboy cover comes out, prepare to hear of nothing else in the media. Which is exactly what Kim wants, I’m sure.

What do you guys think of Kim posing on Playboy again? Let us know your thoughts in the comments.