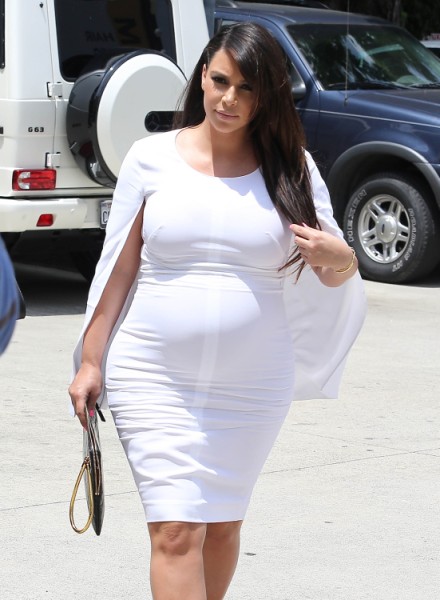 This just cracked me up because not one, but two major female stars called out Kim Kardashian and her family as inspiration for their upcoming trashy/flashy roles.

Emma Watson and Carey Mulligan are both at Cannes looking absolutely glamorous and promoting their prospective projects. Carey plays Daisy in The Great Gatsby and Emma plays Alexis Neiers in Sofia Coppola’s The Bling Ring. Much has been made about the great job Emma has done in perfecting her valley girl accent and she’s chalking that up to a lot of couch time watching America’s first family of reality! “I watched a lot of Keeping up with the Kardashians and The Hills, and I tried to understand the psychology of this kind of girl as much as possible… I didn’t want her to be just a parody. The accent was hard as it was a particular kind of dialect. I also thought a lot about what her parents must have been like,” she said.

Yes, I’d like to know what the parents are like in those situations as well… (cough, cough Kris Jenner!).

Carey Mulligan did a similar study for her Daisy. She told Vanity Fair: “The Kardashians are sort of a reference in that Daisy’s purpose in life is—she feels her purpose is to look very beautiful all the time and to constantly be on show. So what I was trying to imply was that there’s an essence of part of the amazing business they run as the Kardashians is looking beautiful a lot and looking very present, presentational and perfect.”

God, I hate the fact that the Kardashians were brought up in the same thought process as a F. Scott Fitzgerald novel but I get where Carey’s coming from. The Kardashians are currently the poster children for excess and privilege so comparisons can be made.

So what do you think of this inspiration? Kim Kardashian isn’t smart enough to realize she should be embarrassed, right? The fact that these women are using her and her family as an example of all that’s wrong with the world is kind of amazing. But is this still good for the brand? Any mention at all, let alone by high profile stars like these, is good.  Emma Watson/Kim Kardashian comparisons can never truly be a bad thing in Kris Jenner’s eyes, right?