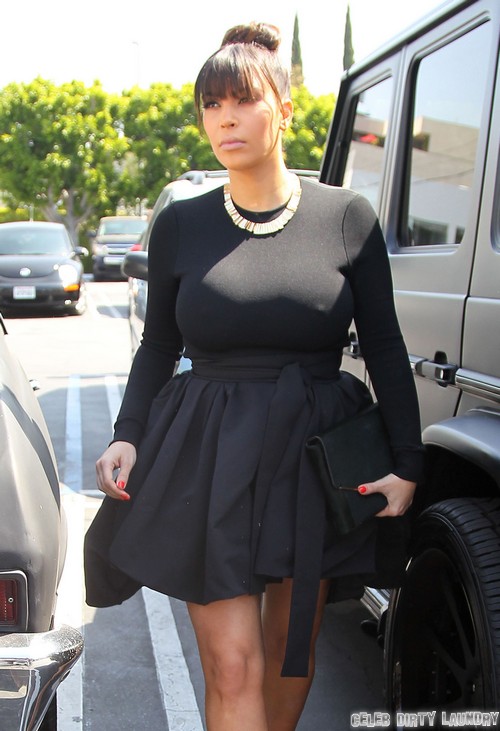 In the dumbest news we have ever heard, reality star Kim Kardashian and her baby’s father Kanye West are said to be naming their child North West. This really leads us to believe that people should have to take a parenting sort of IQ test before being able to conceive.

When we first learned that Kim was knocked up, we heard that she was considering naming their kid “Liv” if it turned out to be a girl. That was a suitable enough name and definitely cute for a baby girl. But for these nitwits to call their kid “North” no matter its sex, it’s just freaking retarded.

This is coming from the same broad that goes into her pregnancy with the butt of the size of a small African nation and gets knocked up and THEN decides to go on a diet. So we’re guessing that we were probably just expecting a little too much to think that they could come up with a decent name for their offspring.